Pence to Headline ‘Workers for Trump’ Event in Luzerne County 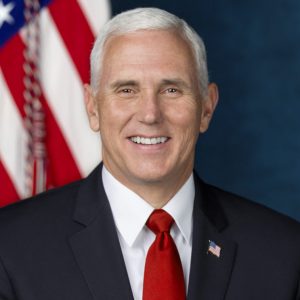 Working for votes in Northeast Pa.

On Tuesday afternoon, Vice President Mike Pence will return to Pennsylvania to headline a “Workers for Trump” event in Luzerne County. According to a release from the Trump campaign, the event is slated to take place at Kuharchik Construction, Inc. in Exeter.

The Pennsylvania Democratic Party shot out a statement slamming the Trump administration’s policies on trade and China in response to Pence’s upcoming visit.

“Just like this past week’s Republican Convention that did nothing but highlight the crisis facing our economy, Pence’s rally on Tuesday will do nothing to help the workers who’ve been crushed by the Trump administration’s reckless trade war and failure to stand up to China,” said Pennsylvania Democratic Party spokesman Andres Anzola. “Families in northeastern Pennsylvania deserve good union jobs, not four more years of this.”

Pence has made several visits to the state over the past few months, with his most recent trip being in late July headlining a “Cops for Trump” event in Westmoreland County and leading a conversation on America’s economic recovery following the coronavirus pandemic in Somerset County.

According to the Citizens Voice, Tuesday’s event will be Pence’s third visit to Luzerne County since October 2018.

President Donald Trump’s most recent visit to the state was on August 20 in Old Forge where he described Biden as Pennsylvania’s “worst nightmare.” Trump’s next appearance in the state will be on Thursday evening in Westmoreland County.

Former Vice President Joe Biden returned to the Keystone State today to deliver an address in Pittsburgh pinning the blame on Trump for nationwide violence. Prior to Biden’s Monday afternoon visit to the state, his most recent trip was on July 9 when he delivered an economic recovery address in Lackawanna County.