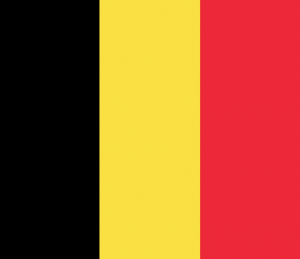 This morning, Brussels was hit by three explosions at two separate locations. This attack on Belgium, which ISIS has claimed responsibility for, has captured the attention of the world.

Several Pennsylvania lawmakers and candidates have responded as well. Their statements are included below in full:

“On behalf of all Pennsylvanians, Frances and I extend our deepest condolences to the Belgian people and all those affected by these horrific acts of violence. Our thoughts and prayers are with victims of this heartbreaking tragedy and their families. We stand united against those who seek to harm innocent people and instill fear in our daily lives. My top priority is the safety of the people of Pennsylvania and we will continue to work with federal and local partners to ensure the commonwealth is safe and prepared.”

Governor Wolf spoke this morning with Director of Homeland Security Marcus Brown, who has been briefed by federal officials on the evolving situation in Europe. The Pennsylvania State Police and Office of Homeland Security are in communication with federal law enforcement partners regarding the attacks in Belgium and are continuing to monitor the situation for any changes. At this time, there are no known related threats in the U.S. or in Pennsylvania.”

“My sympathies and condolences go out to those killed and wounded by the deadly terrorist attacks in Brussels, including some Americans. My thoughts are also with their families and the first responders. Belgium is a close ally, and we stand shoulder to shoulder with the Belgian people in the face of such violence.

“Sadly, Brussels now joins Paris, San Bernardino, Beirut, Istanbul, and other cities as backdrops for mass killings by Islamist extremist terrorists within the past year. Only a couple months ago, one such terrorist tried to kill a police officer in Philadelphia.

“Today is another reminder about the threats we face from terrorism. Clearly, it remains a serious security risk. We must remain vigilant and step up our efforts to protect the American people and our allies.”

“At a time when our country feels more polarized than ever, Brussels is a tragic reminder of the need for us to stand united against terrorism. These horrific attacks also emphasize the need to uphold our American values of freedom, diversity and compassionately welcoming those escaping unimaginable violence and hardship.”

“This morning Brussels joined the ranks of western cities victimized by a major terrorist attack. I offer my condolences to the people of Belgium and my prayers and sympathies to the victims.”

“Today’s attack comes at a time of great tension in Belgium as authorities continue to pursue the perpetrators of the attacks in Paris earlier this year. It’s a solemn and horrifying reminder of the need to redouble our efforts to defeat radical Islam, disrupt plotters before they’re able to strike and ensure we’re taking adequate steps to prevent extremists from reaching our shores.”

“ISIS has taken credit for these attacks and while we don’t yet know for sure if it is directly responsible, defeating ISIS and the ideology it embraces will take determination, vigilance and resolve. These attacks show beyond all doubt that Islamic terror continues to threaten Americans and our allies.”

“In the wake of these attacks, I am calling for a system of security checks of all vehicles coming into all U.S. airports. We cannot take any chances with the safety of travelers or any of our citizens. Every time I wait for my daughter to fly in from college in California, I think about the possibility of a terrorist attack – either in the air or on the ground.”

“Words won’t bring back the lives lost in this cowardly attack or stop radical Islam’s terrifying growth, but they can sound the alarm about this serious threat to the entire world. We are at war with radical Islam and the world is also at war with them. Defeating ISIS isn’t going to take a few air strikes by a small number of countries. We need a unified effort against extremism, and no free nation can take a backseat in the efforts.

My prayers are with the families of every single person that was lost, and I urge the president to finally get serious about putting forth a plan that will permanently wipe these murderers and thugs off the face of the earth for good.”

“My heart is broken for the victims of the latest attacks in Brussels. I call on all Americans to join me in prayer for the families of these innocents, that God will heal them and help them find His purpose even through such an outrage.

“As we rise from our prayers, however, let us also re-examine our nation’s response to the growing threat from Islamic terrorism. The current  leadership in Washington has been ineffective and inattentive to the dangers.

“President Obama has refused to stand with our allies, including France and Israel, preferring to appease terrorist states like Iran.

“But the problem is not confined to the administration. Despite a clear mandate from the electorate, Republicans, sadly including our own representative from the 9th District, Congressman Bill Shuster, have failed to compel the Obama administration to enforce immigration laws, much less create the new legislation we need to protect the United States from Islamic terrorism.

“The European experiment in open borders has failed. Americans must take an entirely different road, where immigration policy is crafted with the security of Americans foremost at heart.

“While the United States will always welcome and offer asylum to legitimate refugees fleeing religious and cultural persecution, we must block entry to who bear hostility toward the United States and Western civilization.

“I call on Congress and the next Administration, whoever is President, to get serious about the existential threat of Islamic terrorism. As a 29-year veteran of the United States Coast Guard, I am acutely aware of the challenges in protecting our homeland from all threats, and am fully prepared and ready to fill the current leadership vacuum.”

“I am sickened by the callous terrorist attacks carried out this morning in Belgium. As a member of Congress who works closely with my European counterparts in the NATO Parliamentary Assembly, I travel regularly to the country and have flown to the very airport that was targeted. I applaud Prime Minister Charles Michel for not yielding to political correctness and calling this horrible tragedy exactly what it is – a terrorist attack.”

“Unfortunately, today’s events have become far too commonplace. We have a responsibility to protect the American people from outside threats and the best way to do so is by securing our border. Now more than ever, we must be vigilant in vetting those traveling to the United States. Regardless of where they come from or who they are, anyone who cannot be properly screened or pass a background check should not be allowed into the country. These are common sense principles that will prevent terrorists from entering our country and keep the American people safe.”

“In a time with heightened security concerns all around the world, America must be a leader. We will not falter in the face of terrorism and we are ready to take on those who would cause harm to the United States.”

“Details are still coming in, but from what we already know, this attack has all of the hallmarks of an assault by the Islamic State, or was at the very least inspired by the terrorist group.  This immediately brings to mind the Paris attacks of last year and the ISIS-inspired terrorism in San Bernardino, California.  Whether the Brussels attacks were in response to recent arrests connected to Paris is unclear at this moment, but that possibility should not shake us from staying vigilant and rooting out terrorism wherever it roosts.

“If anyone doubts that our porous borders and faulty visa system are national security concerns, we need only look across the Atlantic Ocean, and here at home in California, at the devastation the terrorists have wrought.  These terrorists and their followers will stop at nothing to attack us on our own soil again, and we must take away all of the tools they would use to achieve their violent goals.  I am again reminded of the 9/11 Commission Report, which told us that terrorists want two things most of all: to gain entry into the United States and to be able to stay here long enough to carry out their missions.  I fear that our lax policies have made it too easy for them.  For another example of our national security flaws, we only need to look to Harrisburg, where a 23-year-old Ukrainian man was fraudulently enrolled under a fake name in a public high school.

“It must now be abundantly clear to anyone that we are at war with radical, Islamic terrorist groups, because they are most assuredly at war with us.”

“Our prayers are with the people of Brussels. The U.S. stands united with all of our allies against terror.  The horrendous trend of Islamic terror we have seen in Paris, San Bernardino, Beirut, Brussels, and other cities around the world requires real leadership from the United States, which has been sorely lacking in this Administration. The House has taken action to protect the American people by passing the SAFE Act and strengthening the security of the Visa Waiver Program, but we must do more to defeat Islamic terrorism and ensure our citizens are safe.”