Old Conventional Wisdom: Pennsylvania is a state Democrats have won five presidential elections in a row: in 2012, it’s safe for Obama and out of reach for Romney.

As the 2012 campaign wearily wends its way to November 6 one thing is becoming increasingly clear. Someone didn’t get the memo about Obama’s inevitability in the Keystone state.

In fact, Obama’s once commanding lead has narrowed. The widely followed Real Clear Politics web site tracking the average of state polls now shows Obama’s lead in Pennsylvania has dipped below 5 points. Recent polls show it even closer. In the latest Franklin & Marshall College Poll, Obama’s lead is only 49% to 45% among likely voters, while Romney’s favorable rating has risen markedly from 34% positive to 43% positive. 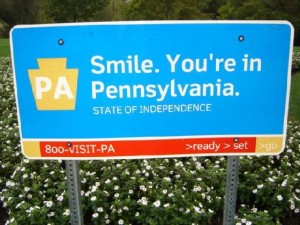 Even more important than Romney’s surge is the reason for it.  Romney is gaining on Obama in Pennsylvania because more and more voters believe he is the best candidate to fix the nation’s economic problems. The September F & M poll revealed that Obama led Romney 47% to 43% on who can best manage the economy. That Obama advantage has now sharply reversed with Romney now leading Obama 47% to 42% on managing the economy.

In short, Romney is gaining ground on the issue that is arguably Obama’s most vulnerable: the economy. The urgent question now becomes whether there is enough time for Romney to close the remaining gap and win Pennsylvania’s 20 electoral votes.

To be sure, there are unmistakable signs that neither side is taking Pennsylvania for granted. Now the candidates and their Super PACs have decided to pour millions into the state, representing a major departure from the fall campaign.  Until recently not a single commercial had aired in the state since the conventions.
.
The Obama campaign doubtlessly will match Romney’s efforts in Pennsylvania. Until now, Mitt Romney and Paul Ryan each have made only one fall campaign stop in the state.

But exactly what game is it? Does Romney really expect to win in a state he has trailed so long? Is Obama really concerned he could lose a state he carried comfortably in 2008 and his party has won five elections in a row?

For a reasonable answer to both questions one need not look further than neighboring Ohio. There, something similar to the pattern is playing out in Pennsylvania  A once solid Obama lead has now dwindled down to a few points or less. In short, Ohio also is now in play.

The difference between the neighboring states, however, is critical and that difference explains most of what we will see in both states for the rest of the campaign. In the Electoral College calculus that ultimately governs both campaigns, Romney must have Ohio to win. (Yes there are scenarios under which he could win without Ohio but they are extremely unlikely. In the real world Romney wins Ohio or he loses the election.)

The problem for Romney is that he probably won’t win Ohio as long as Obama can concentrate campaigning there, defend his slim lead and stop Romney from further gains. That’s where Pennsylvania comes in. Romney in that critical Electoral College strategy doesn’t need Pennsylvania; but Obama does. Obama must win the Keystone state to win the national election. No Pennsylvania for Obama, no second term.

Romney’s obvious best option is doing exactly what he is now doing– forcing Obama to defend Pennsylvania during the final days of the campaign, opening up opportunities for the Romney campaign to undercut Obama in Ohio. What is going on can be compared to a giant game of political chicken in which both sides dare the other to risk losing a state each must win.

Neither campaign is likely to blink in this high stakes gambit that could well decide the election. Nor is it really possible to predict for sure which campaign will prevail. Romney’s momentum is real in both Ohio and Pennsylvania; but Obama continues to stubbornly hold on to small leads in critical states known for close elections. This one is going down to the wire.  The irony is that Pennsylvania, a state that has been out of it the entire campaign, might determine in the end whether it is Obama or Romney that crosses that wire on Election Night.