Politico Names Murphy One of Top 5 Incumbents Vulnerable to Primary 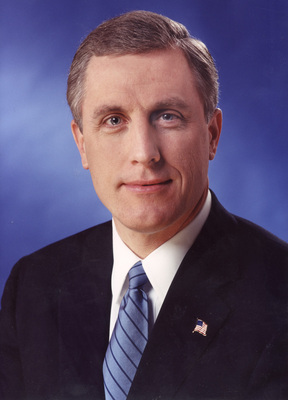 Conservative primary challenger Evan Feinberg is getting noticed. Politico did a feature this week listing the top five U.S. House incumbents most vulnerable to a primary challenge, and Rep. Tim Murphy (R-Allegheny) made the list.

(In case we had missed it, our helpful friends on both the Feinberg campaign and a few Democratic operatives passed it along).

To summarize Politico’s rationale, Feinberg has lots of support from DC-based conservative groups. All he needs is $$ to compete with Murphy’s nearly $1 mil on hand (Feinberg has $40,000).

In other Pa-18 news, Feinberg’s campaign announced today that he had filed to get on the ballot with 2,600+ signatures.

Here is the section on Murphy:

Conservative groups are rallying around Evan Feinberg, a former congressional aide who’s looking to unseat Murphy, a Pittsburgh-area congressman who has displayed a penchant for working with Democrats.

The anti-tax Club for Growth has dropped into the district, slamming Murphy in TV ads as a labor-aligned liberal who supports earmarks, and the tea party-aligned FreedomWorks has endorsed Feinberg. GOP Sens. Rand Paul of Kentucky and Tom Coburn of Oklahoma have suggested they may support Feinberg, who formerly served as an aide to both senators, as well.

For Feinberg, the big question is whether his early conservative backing will translate into fundraising dollars. So far, it hasn’t. During the fourth quarter, Feinberg, who launched his campaign last fall, raised just $50,000. He’ll need to do better if he wants to catch up with Murphy, who raised more than five times that amount during the quarter and has nearly $1 million on hand.

Murphy, who has a spot on the influential Energy and Commerce Committee, has also received backup from the American Chemistry Council, which in December, took the unusual step of purchasing a $500,000 TV ad buy praising the congressman.