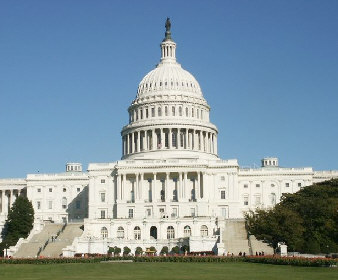 If there’s a phrase that accurately describes the aims behind the newly released Pennsylvania congressional redistricting plan, it’s “incumbent protection.”

Due to slow population growth, Pennsylvania needed to drop from 19 districts to 18 this year. The Republican state legislature and governor are soon expected to approve a draft map that merges the Democratic-held congressional districts currently represented by Reps. Jason Altmire and Mark Critz while bolstering some of the GOP’s more vulnerable incumbents, many of them freshmen.

This leaves the Democrats with only five secure seats, and the GOP in the driver’s seat for most of the rest.

“I’m having trouble finding a single district where an incumbent will be in jeopardy given the configurations of these districts,” said Muhlenberg College political scientist Christopher Borick.

But while the map was designed to carefully insulate incumbents – effectively cementing a big GOP lead in the House delegation despite the state’s historical purple-to-blue leaning – it also offers the possibility of renewed competition.

A decade ago, an overly ambitious Republican-drawn plan generated short-term gains for the GOP but spread Republican voters too thinly to create safe GOP districts over the long term. As a result, over the past decade, the name of the game has been competition. During the past decade, cycle after cycle, Pennsylvania has played host to more competitive districts than almost any other state in the union.

While the map now on the table is likely to be more solid for the GOP than the one devised after the 2000 Census – and while it’s certainly is more favorable to the GOP than anything that either the Democrats or a split legislature would have come up with — it does echo the post-2000 situation to some degree.

With today’s roster of incumbents — and the state’s current political landscape, in which voters have reversed their decade-long drift toward the Democrats – Republicans can feel good about securing their current edge. Yet many of the underlying districts are still competitive. So if the current incumbents depart – or if the Democrats manage to improve their performance in the Keystone State – the new map offers a path to an eventual Democratic comeback.

On paper, the new 12th district leans Republican, but both Critz and Altmire have won in Republican territory before, making the seat competitive for a general election.

Strikingly, there are five Republican-held districts that, while improved for the GOP under the current map, are by no means safe. These are the seats held by Reps. Michael Fitzpatrick, Pat Meehan, Charlie Dent, Mike Kelly and Jim Gerlach. A couple more Republican-held seats could be competitive given the right circumstances, such as the seats held by Reps. Tim Murphy, Lou Barletta and possibly Bill Shuster.

So while the most likely result is that the GOP will hold, and possibly expand, its already disproportionate edge in the delegation next fall, it won’t be without a fight if the Democrats manage to find credible candidates to run in the more competitive districts.

The release of this new map allows PoliticsPA to offer its first congressional-seat vulnerability ranking of the 2012 cycle, based on consultations with a range of state and national political experts. We published a similar ranking every month or two during the 2010 election cycle (with a good track record, incidentally – our final rankings from October 2010 were right on target).

As always, we list the seats in descending order of vulnerability, which we define as the likelihood of the seat switching party control in the 2012 election. We’ll offer four groupings – “highly vulnerable” for the incumbent party, “vulnerable,” “potentially vulnerable” and “not vulnerable.”

The most obvious scenario for the new seat would be for Critz to face off against Altmire, since both of their home bases are included in the new district – Johnstown for Critz and Beaver County for Altmire. If that happens, both the Democratic primary and the general election will likely be knock-down, drag-out affairs.

By the numbers, the district leans modestly Republican, but both Democratic contenders have won in unfriendly territory before, so it won’t be a walk in the park for the GOP. Altmire might have a slightly better shot in the general, observers say, but Critz could run a credible race as well. Possible Republicans include state Rep. Jim Christiana and unsuccessful 2010 Altmire challenger Keith Rothfus, who would have to move a short distance into the district.

An unlikely – but still plausible – scenario would be for Critz to forgo a primary with Altmire and challenge GOP Rep. Bill Shuster instead. Shuster lost more Republican votes than any GOP incumbent due to the new lines. Shuster’s district now includes the very Democratic Fayette County and some heavily Democratic parts of Greene and Washington County. Still, the new Shuster district is still sufficiently Republican that Critz would probably face an uphill battle.

Fitzpatrick’s Bucks County-based district was swing territory before the remap, and despite some minor tweaking of the lines, remains swing territory after the remap. He won Bucks County in 2006 and in 2010, but that could change in a presidential election year. The best thing going for Fitzpatrick is that Democrat Patrick Murphy — the man who ousted him in 2006, and then was ousted by Fitzpatrick in 2010 – is running for state attorney general rather than the U.S. House in 2012.

Meehan, a Republican freshman, sees his Philadelphia-area district go from modestly Democratic to slightly Republican (and, cartographically becomes very ugly, a zig-zagging crescent running through parts of Montgomery, Delaware, Chester, Lancaster and Berks counties). As is the case in other southeastern Pennsylvania districts, Meehan will likely need to counter an intense get-out-the-vote for President Barack Obama next fall.

Like Fitzpatrick and Meehan, Dent got a modest boost from the remap for his Lehigh Valley-based district, but it still remains swing territory. Dent, who has a historically moderate profile, is well-liked among voters who know him, but he’ll have to introduce himself next year to a bunch of new constituents.

Kelly, another Republican freshman, sees his district lose a portion of Erie County while reinforcing its grounding in Butler County, which is Kelly’s base. However, he also picks up Democratic portions of Mercer County, and on balance, the district, by the numbers, gets only modestly more Republican. Observers say the new district holds some potential for Democratic challengers.

The oft-targeted Gerlach gets a modestly safer district under the new map, but being in southeastern Pennsylvania means having to play defense on a Democratic stronghold. We rate Gerlach as less vulnerable than the other four Republicans above mainly due to his demonstrated ability to fend off Democratic challengers in previous cycles.

The mid-range Republican tilt to Murphy’s district is largely unchanged due to the remap. Murphy could have been vulnerable under the previous map, but the Democrats never found the right candidate to run against him. If that changes, Murphy could have a race.

Murphy could also have a race if his Republican primary challenger from the right, Evan Feinberg, proves to be a formidable candidate. If Feinberg managed to knock out the incumbent, the Democrats would smell opportunity. Murphy has good relations with labor unions – an important attribute for a Republican running in working-class areas of Greene, Washington and Westmoreland counties. But a more conservative Republican almost certainly would not, and as a result could face a tougher road to victory.

Barletta – who ousted long-serving Democrat Paul Kanjorski in 2010 — gained handsomely under the remap. The district was stripped of Wilkes-Barre and Scranton, two Democratic areas, and now runs down to Dauphin, Cumberland and Perry counties, within the Harrisburg media market.

During a recent visit I took to Wilkes-Barre, political observers agreed that Barletta had done a good job broadening his profile from the one that had defined him prior to his election to Congress – immigration. As of now, Democratic attorney Bill Vinsko has said he still plans to run against Barletta, even though he now lives slightly outside the district lines. While Vinsko has shown promise as a fundraiser and a candidate, the new district lines make for a challenging assignment.

Shuster now counts some Democratic parts of Washington and Westmoreland counties in his district, part of an exchange to shore up GOP Rep. Tim Murphy. The new district should still be Republican enough to keep Shuster in Congress, but the wild card is the possibility (explored above) that Democratic Rep. Mark Critz could challenge him rather than take on Democratic Rep. Jason Altmire in a primary.

Marino, like Barletta, was a big winner in the remap, though his district was more heavily Republican to start with. For fluky reasons – namely a scandal by a longtime Republican incumbent – conservative Democrat Chris Carney managed to win and hold the seat for two terms. He lost to Marino in the wave election of 2010, despite some baggage for the Republican. Now, the district has been stretched further into central Pennsylvania, gaining Republican ground in Lycoming, Mifflin, Juniata and Perry counties. This district isn’t 100 percent safe for the Republicans, but it’s pretty close.

Holden is probably the biggest Democratic winner from the remap, exchanging a mid-range Republican-leaning district for a mid-range Democratic-leaning district. Once vulnerable as a Democrat running in conservative territory, Holden out-hustled all of his rivals over the past decade and became a virtual institution in his old district.

In the new district, Holden is poised to shed portions of Dauphin, Lebanon and Berks Counties while picking up parts of Monroe and Carbon counties as well as the Democratic strongholds of Scranton and Wilkes-Barre. He also keeps his home base of Schuykill County. Despite picking up a lot of unfamiliar voters, Holden should have smooth sailing in 2012 and beyond.

Pitts barely makes it on to the “potentially vulnerable” list, only because he lost some GOP ground in the remap. But his losses were modest, and the result is still a mid-range GOP-leaning seat. When Pitts, 72, decides to retire, Republicans could see a strong Democratic challenge. The district added the city of Reading and would have gone for Barack Obama in 2008.