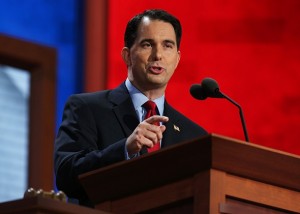 Former PA senator Rick Santorum is lagging in polls with voters from his home state, according to recent data released by the Public Policy Polling Center.

Santorum declared his candidacy for the 2016 presidential race on Wednesday, joining eight other Republican hopefuls in the race for the party nomination. Santorum ran unsuccessfully for the Republican bid in 2012.

According to PPP, the favorite candidate among PA Republicans is Scott Walker, with 17% of votes. Ben Carson, Chris Christie, and Rick Santorum each hold 12% of votes, while Mike Huckabee holds 11%. Jeb Bush and Marco Rubio have a two-way tie for fourth place, with each getting 9% of votes, while Ted Cruz and Rand Paul each got 6%.

“Rick Santorum may be Pennsylvania’s home state candidate but that isn’t buying him much love,” said Dean Debnam, President of Public Policy Polling. “Only 12% of Republicans want him to be their candidate and most of his fellow GOPers come closer to Hillary Clinton in head to heads than he does.”

Indeed, Hillary Clinton leads all Republican candidates in PA general election matchup polls, albeit by a small margin. Marco Rubio trails her by only one percentage point, 46/45. By comparison, Rick Santorum has a 7 point disadvantage among voters in his home state, with a 49/42 favoring Clinton.

After Quinnipiac showed Hillary trailing Rand Paul by a point in March, the former Secretary of State is back in the lead, 46% to 43%.

Clinton also holds an assured lead among candidates in her own party. PPP recorded a 63% advantage for her among Pennsylvania voters, compared to 14% for Bernie Sanders, and 3% each for Lincoln Chafee and Jim Webb.

The data for this survey was collected from 799 registered voters, including 385 Democratic primary voters and 334 Republican primary voters. 80% of interviews were conducted over the phone while 20% interviewed over the internet. The margin of error for the overall survey is +/- 3.5%, for the Democrats it’s +/-5.0%, and for the Republicans it’s +/-5.4%.