Halvorson, a Mann’s Choice resident and 29-year veteran of the Coast Guard, announced on Saturday that he intends to challenge seven-term incumbent Shuster in next year’s Republican primary. Halvorson declared his intention to run at a campaign event at the Jean Bonnet Tavern in Bedford. 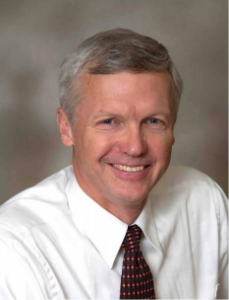 According to Halvorson’s announcement invitation, he graduated from the U.S. Coast Guard Academy and “served as a Coast Guard helicopter pilot before retiring to Manns Choice in 2007. Halvorson is a member of Gideon’s International, the National Rifle Association, Crossroads Community Church in Bedford, and the Officer’s Christian Fellowship, of which he previously served as national president. Art and his wife of 34 years, Paula, have six children and six grandchildren”.

“If elected, I believe my candidacy presents a clear choice to the people of the 9th district,” said Halvorson. “If elected, I will limit myself to three consecutive terms. I will stand firmly for fiscal responsibility, limited government, and the free enterprise system.”

Halvorson set up an exploratory committee in April, and spoke to a Blair County Tea Party rally shortly thereafter. At that time, Halvorson cited Shuster’s support of Speaker Boehner and his vote against an amendment that would have required spending cuts to offset Hurricane Sandy relief funding.

According to the Altoona Mirror, on Thursday Attorney and Shuster supporter William Haberstroh filed a complaint to the Federal Election Commission concerning Halvorson’s exploratory committee.

Haberstroh’s letter to the FEC stated that “given the significant organization, infrastructure and publicity Halvorson’s exploratory efforts are comprised of, there is a near-certain likelihood that he has surpassed the $5,000 candidacy threshold” which if exceeded, requires the potential opponent to officially register their candidacy.

Rep. Bill Shuster has represented PA’s 9th district since 2001 and recently became the chairman of the House Committee on Transportation and Infrastructure. Shuster also serves on the Armed Services Committee.

“Congressman Shuster is working hard for the constituents of the 9th Congressional District,” said Sean Joyce, Shuster Campaign Manager. “As a successful small business owner, Congressman Shuster knows what it means to meet a budget and a payroll and is fighting to eliminate the overly burdensome mandates and taxes Washington is placing on hard working families and businesses.”

The seat has been held by Republicans since Shuster’s father, Bud, was elected in 1972. Therefore, the winner of the primary would have a fast track to victory in the general election.