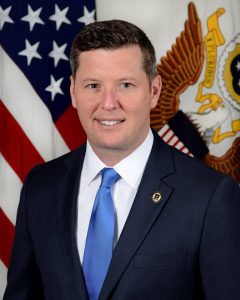 A former Pennsylvania Congressman is reportedly being considered to serve in a Biden administration.

According to CNN and The Military Times, former Rep. Patrick Murphy (D-Bucks) is being considered to serve as the Secretary of Veterans Affairs. The Military Times mentions Murphy as one of four candidates being viewed for the role, while CNN listed him as the lone candidate on their list, based on “conversations with Biden allies and advisers and Democrats with knowledge on the matter.”

The Military Times cited Murphy having “strong support” from several congressional offices, plus having the backing from officials from the American Federation of Government Employees (the largest federal workers union, representing a majority of VA employees) and the AFL-CIO. Their report also added that Murphy was a “major voice on military and veterans issues” during his two terms in Congress, and credited him for being a leader in the effort to overturn the “Don’t Ask, Don’t Tell” law.

CNN also pointed to Murphy being the first Iraq War veteran elected to Congress, serving on the House Armed Service, Select Intelligence, and Appropriations Committee during his tenure in elected office, while also serving as the 32 under secretary of the Army under President Barack Obama.

7 thoughts on “Report: Murphy Among Frontrunners for VA Secretary”