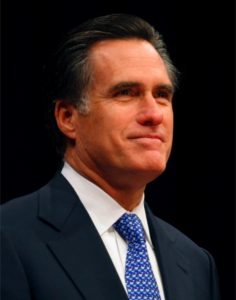 Romney held a fundraiser at the Union League in Philadelphia this morning. Joined by Senator Pat Toomey, Congressman Charlie Dent and Senate hopeful Tom Smith, Romney stressed the importance of “shocking” everybody and winning Pennsylvania.

“We really would shock people if early in the evening on Nov. 6 it looked like Pennsylvania was going to come our way,” said Romney, according to a pool report from Colby Itkowitz of the Allentown Morning Call.

However, Romney’s message to his donors and those in attendance at the Valley Forge Military Academy Rally was different. Romney boasted confidently to the crowd that he would win Pennsylvania.

“You know, I’ve got a little secret here,” said Romney, “That the Obama campaign thinks Pennsylvania is in their pocket. They don’t need to worry about it. And you’re right, and they’re wrong. We’re going to win Pennsylvania. We are going to take the White House.”

It was the first visit by either presidential candidate to Pa. since July.

On the opposite side, Obama surrogates were ready and waiting. Former Governor Ed Rendell blasted Romney’s infamous “47 percent” comments.

“The Florida Fundraiser was an incredible birds-eye view of what Governor Romney feels about the American people, said Rendell. “He basically cast away 47 percent of our country.”

“Mitt Romney has made a certain choice, which is to really ignore and express disdain for most Americans,” said Schwartz.

Rendell also challenged the Republicans and Romney to compete for Pennsylvania, saying writing off the state is a mistake. Rendell said that Pennsylvania’s poll numbers are congruent with other swing states around the country, but that if Romney starts campaigning in PA, “we’re ready if they do.”