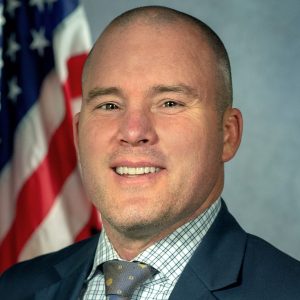 The race for the state Senate’s 22nd District has begun.

In Flynn’s announcement post on social media, he points to his record serving in the state House, plus advocating for “fair funding for our schools, to making sure the economic comeback from the COVID-19 pandemic does not leave northeastern Pennsylvania behind.”

“I have learned, through my time in Harrisburg, that our community needs a loud voice,” Flynn wrote on Twitter. “A voice that will never back down.”

“Someone willing to fight for our area as we make sure northeastern Pennsylvania is a premier destination to start a business and to raise a family,” Flynn continued.

“It would be my honor to serve the 22nd Senatorial District in Harrisburg!” pic.twitter.com/N4Ff1jBPOI

“I have proven through the past eight years that I am capable and willing to be that voice for our community,” Flynn wrote. “I have done it as one of two hundred and three in the House and I look forward to continuing that as one of fifty in the Senate.”

Although Flynn is the first to formally announce his entrance into the race, there are multiple people reportedly mulling a run to succeed Blake. According to the Scranton Times-Tribune, state Rep. Kyle Mullins (D-Lackawanna), Frank McHale, a Scranton Democrat, and Republican Mike Giannetta are also considering seeking their party’s nominations.