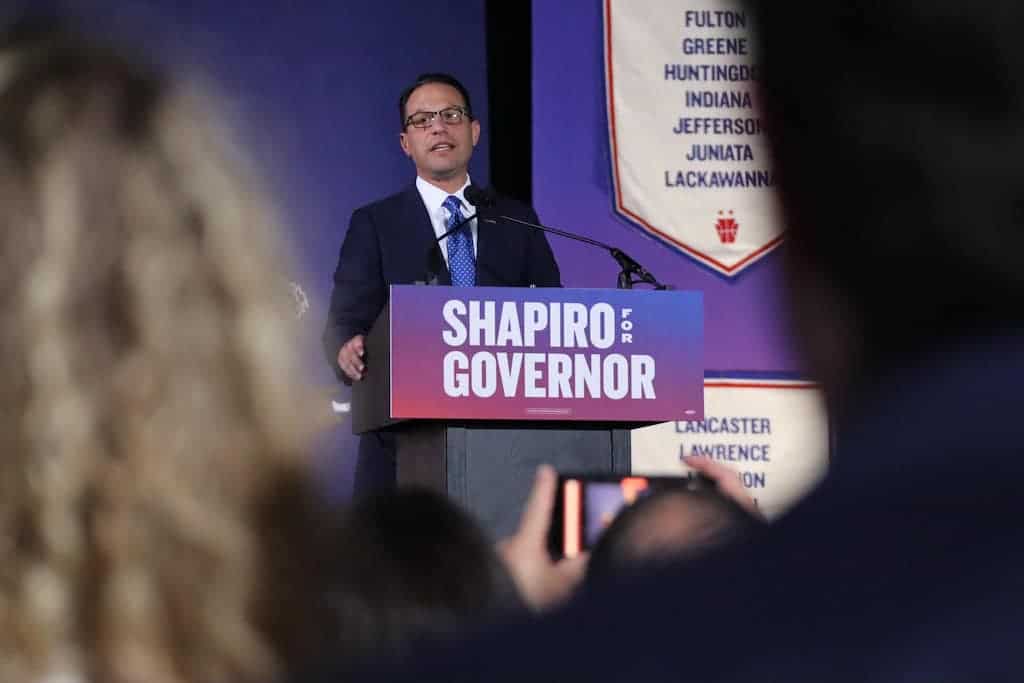 Governor-elect Josh Shapiro spoke to a number of radio stations this morning in his first interviews since securing his victory on Tuesday.

In speaking with KYW Newsradio in Philadelphia, Shapiro laid out his plans for a new administration in Harrisburg.

He reiterated his campaign stump speech, noting that he wants to invest in schools, promote public safety and help grow the economy. “I will use my veto pen to stop bad things that come to my desk from the legislature,” he said, talking about reproductive and voting rights.

On the topic of a possible Pennsylvania constitutional amendment (SD 106) that would ban taxpayer-funded abortion in the Commonwealth, Shapiro said that he thinks it is dead.

“It looks like the Democrats will be in charge of the (state) House,” he said about his party’s 101-100 lead in the 203-seat chamber.” Shapiro noted that Republicans may pay a political price for moving the amendment forward, noting “the good people of Pennsylvania do not want politicians in Harrisburg to make those decisions. Republicans would be foolish to try to move forward even if they have the votes. If somehow they got a bill to my desk, I would veto it immediately.”

He wants to try to cut business taxes, especially for small businesses, get rid of nuisance taxes and offer people a gas tax rebate to help offset “the pain at the pump.” He said that he has a responsibility to address that work with the legislature to put together a relief package.

In regards to gun violence that is plaguing Philadelphia, the Commonwealth’s largest city, Shapiro said that he wants to put more resources into policing, including more dollars to hire more police officers. “People have a right to be safe, to feel safe,” he said. “We need real accountability in law enforcement in Philadelphia. It’s going to be a team effort.”

Shapiro said that he “will appoint a pro-democracy Secretary of State” in what will likely be his first major cabinet announcement, noting that it will be “someone that both Republicans and Democrats can have confidence in.” He wants to work to “expand voting rights opportunities, including same-day voting registration, and have citizens participate in our democracy. I think there are ways to improve that process. We need to demonstrate to Pennsylvanians that state government can work.

He was queried on whether Republican challenger Doug Mastriano had reached out to him post-election with a concession. “No. But honestly who cares? The people picked the winner, not him.”

Some national pundits are saying that the 49-year-old former Attorney General could be a potential presidential contender down the line. Shapiro put that to bed quickly.

“I’m focused on being governor. I just asked the good people of Pennsylvania for their trust. They gave me that trust.”