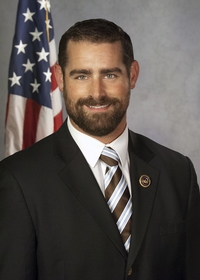 The 2022 race for Lieutenant Governor has begun.

“I think everyday about the values that my Army officer parents instilled in me,” Sims says in the video announcement. “To take responsibility, to show empathy, to have courage, and to be authentic.”

“I want to put those values to the direct service of the Commonwealth,” he continues.

After 10 years in the State House, I’ve taken the lessons that my parents taught me & reinforced them in my work as a legislator: to take responsibility, commit to service, be courageous, & push for fairness.

I’m ready to take these values to lead the Commonwealth. pic.twitter.com/lcNmYQghgr

“I think it’s time for me to take what I’ve learned in the House and to be able to bring that leadership to the direct service of the Governor,” Sims said. “I want to be your next Lieutenant Governor.”

“We need adults in the room and I want to bring bold, visionary leadership based on lived experiences and shared values to the Commonwealth,” he continued.

Sims was the first openly gay person elected as state rep in Pennsylvania. He has a reputation of being a progressive lawmaker and backed Sen. Elizabeth Warren’s presidential candidacy during the 2020 Democratic primary. He received backlash from local and national Republicans in 2019 after he posted a video on social media of himself berating a handful of protesters at a Planned Parenthood in his district, accusing them of shaming people who are going into the facility.