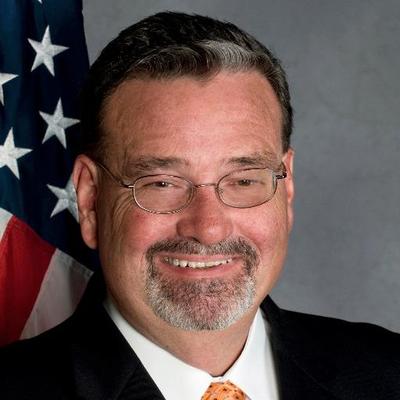 State Rep. Mike O’Brien died this morning at the age of 64 after suffering a heart attack according to his chief of staff, Mary Isaacson to the Philadelphia Inquirer.

The Inquirer reports that he had been dealing with health issues for several years, including diabetes and a lingering infection in one of his feet.

O’Brien represented the 175th district in Philadelphia and served in the Pennsylvania House of Representatives for six terms. He was first elected to the House in 2006 and served as the Democratic Chairman of the House Urban Affairs Committee. In July, O’Brien announced he was not seeking a seventh term after winning his Democratic primary election in May.

State House Democratic Leader, Frank Dermody, released the following comments on the passing on his colleague.

“Mike was a dear friend to many of us and he was a passionate and vocal advocate for the people and the city he represented,” Dermody said. “He was dedicated to his work, he had a sharp sense of humor, and above all he was driven by a deep compassion for all those people who face the greatest challenges in life.”

“I know how much Mike was looking forward to enjoying his well-earned retirement,” Dermody said. “In fact, he was planning to deliver his farewell remarks to the House later this week. We are going to miss his warmth, his wit and his wisdom.

“We send our deepest sympathy to Mike’s wife Rita and his children Bridget and Michael.”

Gov. Tom Wolf has ordered the state flags to fly at half-staff to honor O’Brien.

Pennsylvania Speaker of the House, Rep. Mike Turzai released the following statement on O’Brien, who he viewed as “strong voice” for the people of Philadelphia and a “man of common sense and integrity.”

“Rep. O’Brien was a strong voice for the citizens of Philadelphia during his 12 years in the House and a man of common sense and integrity. Despite facing health issues, Rep. O’Brien never stopped working hard for his constituents and the people of Pennsylvania.

“My good friend Rep. O’Brien and I shared a passion for Notre Dame, where his daughter, Bridget, is a Ph.D. candidate, and all things Irish. We will miss his wit and eloquence.

“We extend our deepest sympathy to his wife, Rita, and children, Bridget and Michael. ‘May the wind be always at your back. May the sun shine warm upon your face and the rains fall soft upon your fields.’”

Philadelphia Mayor Jim Kenney weighed in on O’Brien’s death, a man who he said fought “for those on the margins.”

State Rep. Mike O’Brien dedicated his life to public service and his neighborhood. A champion for all Philadelphians, Mike consistently advocated for those on the margins. He was always a neighborhood guy at heart. God bless, Mike. Rest in peace. https://t.co/OVqizicuDr

Voters in the 175th District will elect a new representative for the 2019-2020 session at the November general election. His chief of staff, Mary Isaacson will run unopposed for the seat.