State Rep. Movita Johnson-Harrell Charged With Stealing From Her Own Charity, Will Resign 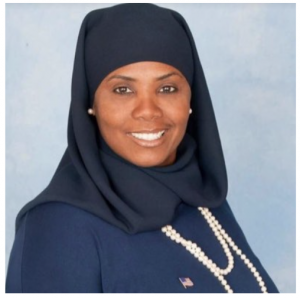 On Wednesday morning, state Rep. Movita Johnson-Harrell (D-Philadelphia) was charged with theft, perjury, tampering with public records along with other crimes.

Attorney General Josh Shapiro announced the charges that Johnson-Harrell, first elected to the state House in March, stole over $500,000 from her own nonprofit, Motivations Education & Consultation Associates (MECA). Shapiro said she used the funds from her nonprofit, which was created to “advocate, care, and fight to improve the quality of life for disenfranchised groups,” as her own “cash account for Johnson-Harrell’s own personal use.”

“I am here today to announce criminal charges and the arrest Rep. Movita Johnson-Harrell, a state representative for the 190th District who engaged in significant and systematic corruption that exploited a charitable nonprofit organization that she created more than a decade ago,” Shapiro said Wednesday morning.

Johnson-Harrell told Philadelphia Magazine Wednesday morning that she was “saddened and dismayed” by the charges against her, but that she “vigorously disputes most” of them.

“I am saddened and dismayed by the nature of the allegations brought against me,” Johnson-Harrell, said to Philadelphia Magazine. “I vigorously dispute most of these allegations. I intend to accept responsibility for any wrongdoings that I have done before I took office. I have always fought for the people of West Philadelphia to the best of my ability.”

The Philadelphia Inquirer reports that Johnson-Harrell said in a statement through her attorney that she would resign from office later this month.

Democratic House Minority Leader Frank Dermody (D-Allegheny) released a statement responding to Shapiro’s announcement of the charges, describing them as “beyond disturbing.”

“These criminal charges are beyond disturbing. Representative Johnson-Harrell is taking responsibility for what she did and I expect her to resign very soon,” Dermody said in a statement. “She obviously cannot continue serving in elected office.”

Johnson-Harrell cruised to victory in a special election in March, taking over for state Rep. Vanessa Lowery-Brown (D-Philadelphia) who represented the district since 2009 until she resigned “under protest” in December 2018 after she was sentenced on a bribery conviction.

Shapiro said Wednesday morning that Johnson-Harrell’s arrest is the 60th of a public office since he took office in 2017.

13 thoughts on “State Rep. Movita Johnson-Harrell Charged With Stealing From Her Own Charity, Will Resign”