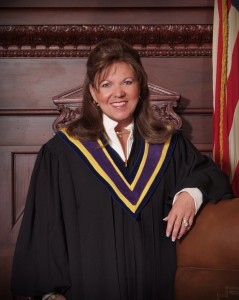 The embattled judge is scheduled to be one of seven judges ruling on the appeal of the state legislature’s redistricting plan next Monday, a prospect that has her critics calling for her resignation.

Although she has yet to be charged, the Allegheny County District Attorney’s office sent Orie Melvin a subpoena in mid-December along with a letter explaining that she is the center of a grand jury investigation into her illegal use of state workers for political campaigning. This news came as no surprise to Orie Melvin who has remained at her post despite charges brought against her two sisters in the spring of 2010, alleging that they illegally enlisted their staff to help with justice Melvin’s 2009 election campaign.

The initial trial against state Sen. Jane Orie and her sister Janine Orie, who worked as an aid to Melvin, was discontinued last March after prosecutors accused the defense of using falsified documents. The prosecution regrouped with a second grand jury investigation, which brought about additional charges against the two sisters, including perjury and tampering with evidence. The two are now awaiting their trial, which is scheduled to start on February 27th.

In another twist, the Orie’s claim that the leader of the probe against them, Allegheny County Democratic D.A. Stephen Zappala Jr. has a conflict of interests.  Zappala Jr. is the son of former state Supreme Court Justice Stephen Zappala, head of the Pennsylvania Casino Association, while Senator Jane Orie has long been an ardent opponent of legalized gambling.

Now it appears that it is Orie Melvin’s turn to answer investigator’s questions about her role in the Orie family saga, but the timing of it all has other far more unprecedented consequences for the Legislator and their partisan squabbles over the redistricting plan.

As John Baer of the Philadelphia Daily News explains, whether Joan Orie Melvin is pushed out of her position or not, one side will end up arguing that the partisan scales have been unfairly tipped.

“If Orie, a Republican, is on the bench for the hearing, the focus will be on her.

If Orie is not on the bench – and because the remaining six justices are politically split: three Republicans, three Democrats – Republicans can argue that grand-jury action was timed to get Orie out of redistricting, thereby denying Republicans a 4-3 edge.”

In other words, if Orie Melvin is removed from the equation, there is a very real possibility that there could be an unprecedented split-Supreme Court decision over the redistricting plan.

“Remember, this is not a lower-court ruling appealed to the Supreme Court,” said Baer in his article. “It’s a legislative plan under challenge. If it was a court decision, a tie on the high court would mean that the lower-court ruling stands.”