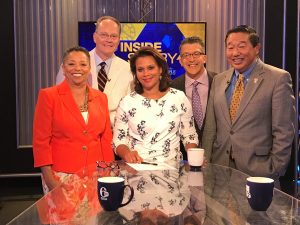 Our analysts are back. We sit down with Joe Markosek to talk budget. We sit down with Corrections Secty John Wetzel to talk prison consolidation and mandatory minimum sentences. Out analysts discuss that plus the Pat Toomey town hall at our station and the GOP health care plan.

Just last month, Pittsburgh international Airport welcomed year-round air service to Europe through Reykjavik, Iceland on WOW air and seasonal, non-stop service to Frankfurt, Germany on Condor Airlines. They join Delta’s seasonal non-stop flight through Paris. To mark the occasion, Our Region’s Business traveled to Europe to explore the Pittsburgh/Germany business connection and the new air service that’s making it a bit easier. We’ll meet the airline executives who chose to serve Pittsburgh and visit the home offices of the German companies – Covestro and LANXESS – who’ve been investing in the Pittsburgh region for decades.

Tune in Sunday, July 9, at 11:00 a.m. on WPXI-TV for this special international edition of Our Region’s Business. (Our broadcast from Iceland will air later this summer.)

This week on “Face the State with Robb Hanrahan,” Robb sits down with Congressman Lou Barletta (R) 11th District. Barletta carefully explains the difference between the House and Senate plans to repeal and replace Obama care. He also fields a great question from CBS 21 Political Insider Charlie Gerow on whether he will run for Senator Bob Casey’s seat. See his answer and more on the most talked about political show on TV, “Face the State with Robb Hanrahan” Sunday morning at 8:30.

Host Tamala Edwards and our Insiders discussed President Trump’s Commission on Election Integrity and how our Tri-state area is responding to the request for voter information.  What is the goal of acquiring voter data and will citizens’ information become vulnerable in the process?  Also topics also included PA Rep. Boyle’s (D) push to give naturalized citizens voter registration forms AT the ceremony, two prosecutors vie for the position of interim District Attorney in Philly, the optics of Sen. Toomey (R) holding a TV town hall on ACA reform and the latest on the PA State budget. Plus  – NJ Lt. Gov. Kim Guadagno (R) criticizes her boss on the his beach pics .. but will it distance herself enough to be electable?   Catch the Inside Story  .. Sunday at 11:30 am. 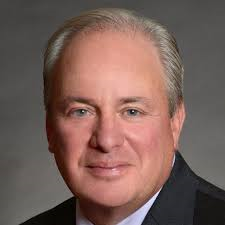 Capitol Hill remains in political gridlock, this summer – with little progress on key issues, such as healthcare reform. Members of Congress are also trying to recover from the shocking shooting spree in Virginia, on June 14th – at a Republican practice for a Congressional baseball charity game. House Majority Whip Steve Scalise – from Louisiana – was critically wounded, three others, including another Congressman, were shot, and several other people were injured.

We’ll talk with Congressman Mike Doyle (D) from Pennsylvania’s 14th Congressional District (City of Pittsburgh, and portions of Allegheny and Westmoreland Counties), about what happens, now, to try to break the political stalemate.

Please join Stacy Smith and Jerry Micco, for this timely discussion – Sunday morning@11:30AM., on the “KD/PG Sunday Edition”, right after CBS’ “Face the Nation”, on KDKA-TV.

WGAL Channel 8 (Harrisburg and Lancaster) Sunday, July 9th at 11:30 AM

This month marks Dr. Anthony Hamlet’s first anniversary, as Superintendent of the Pittsburgh Public Schools. Dr. Hamlet joins Jon Delano, for a special interview, on what has been accomplished, during the last year, his strategic plan, for the school district, and the challenges, the school system faces – from charter schools, a population drop, in school age children, in the City of Pittsburgh, and academic performance.

Please join Jon Delano, for this special salute to education, Sunday morning@6:30AM., on “The Sunday Business Page”, on KDKA-TV.