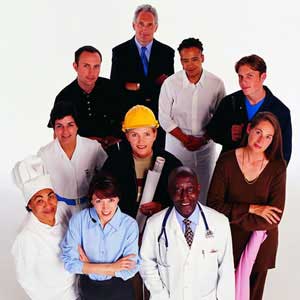 The National Federation of Independent Businesses released a study showing that raising the minimum wage in Pennsylvania will lead to the elimination of jobs – but the Keystone Research Center protests their findings.

The National Federation of Independent Business Research Foundation report projects the effect that three Pennsylvania minimum wage bills will have on jobs and economic activity in our state. The findings forecast the loss of as many as 28,000 to 119,000 jobs over a ten year period when the wage is increased to $8.75 or $9.00, as those increases are tied to cost-of-living adjustments. According to NFIB, the report uses a widely accepted regional economic model that is also used by the federal government, local governments and universities created by REMI, Inc.

Earlier this year a Congressional Budget Office report on raising the national minimum wage to $10.10 projected 500,000 job losses in the U.S.

“The NFIB study shows that more than half of the jobs would disappear from the small-business sector in Pennsylvania,” said Kevin Shivers executive state director of NFIB Pa., “While minimum wage hikes are intended to help those below the poverty level, they will do just the opposite. Small-business owners will ultimately hire a more skilled employee rather than pay someone with no skills and no experience higher wages.”

“The actual costs of a minimum wage increase will be higher for small businesses because employees who make over the minimum won’t want to be paid the same as a co-worker with less experience, so the full pay scale is likely to be adjusted” said Shivers.

“Twenty years of rigorous economic research shows that raising the minimum wage boosts worker pay without causing job losses – even in regions where the economy is weak or unemployment is high,” Mark Price, Labor Economist with the Keystone Research Center, said.

“The NFIB’s recent minimum wage analysis has two significant flaws that render its findings unusable. First, it employs a model that assumes job losses, thereby guaranteeing its conclusion that there will be job losses. Second, this model ignores research indicating that increased productivity and lower staff turnover will offset higher labor costs from a minimum wage increase. By assuming its own conclusion, the NFIB report adds no information to the debate in Pennsylvania about the actual impact of a minimum wage increase.”

But apparently, the model is not as flawed as KRC suggests.

“This rebuttal comes as a big swing and a miss,” Shivers told PoliticsPA. “[This] is one of the premier economics research models.”

The model used, from Remi, Inc., is one that is employed by federal government, the Maryland Legislature, the Pennsylvania State University and Ernst and Young, among a myriad of other public and private organizations.

Study aside, KRC also pointed to an opinion survey from March 2014 that found 57 percent of small business owners support raising the minimum wage to $10.10, along with a cost of living adjustment. That poll was conducted by the Small Business Majority.

Several of the Democratic candidates have called for an increase in the minimum wage and there’s at least one bill in the General Assembly proposing an increase.