Voter ID Not Required For May Primary 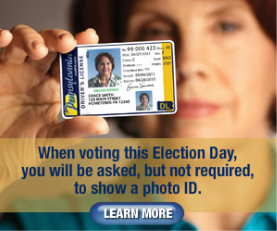 Lawyers involved in the pending Voter ID lawsuit decided Thursday that Pa. voters will not need to show ID as a condition for voting in the May primary on the grounds that the court has not yet ruled on the measure.

The lawsuit challenges the constitutionality of requiring already registered voters to provide a government issued photo ID to election officials prior to voting.

The May primary will therefore follow the model of the November election.  Local election officials may ask voters to show ID but cannot prohibit them from voting if they decline to show documentation.

The constitutionality of the law is expected to be decided in a state Commonwealth Court trial scheduled to begin on July 15th.

The voter ID requirement has had a turbulent year since it was first signed by Governor Corbett last March.  It was suspended by Commonwealth Court Judge Robert Simpson twice via injunction due to the question of “liberal access.”

Voter rights activists have said that the measure would disenfranchise groups of voters such as the sick or elderly.  Voter ID advocates have promoted the measure as in the public’s best interest to prevent occurrences of voter fraud, the prevalence of which has been debated.