Who Is Running For Mayor In Philly? 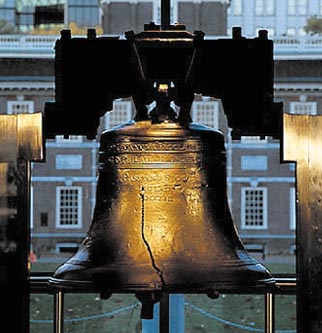 With only control of the Pennsylvania State House waiting to be resolved from the 2022 election, attention in the Commonwealth’s largest city turns to its 2023 mayoral race.

There are currently six Democratic candidates that have announced their intention to run:

Two other Democrats – Helen Gym and Rep. Amen Brown (D-Philadelphia) – are said to be considering a run, while David Oh has said he is considering joining the fray as a Republican nominee.

Democrats hold a more than 7-to-1 voter registration advantage in Philadelphia, and the winner of the Democratic primary is all but guaranteed to become the next mayor. Unlike the last open mayoral race in 2015 – when candidate interest was so low that current Mayor Jim Kenney was all but dragged into running months before the primary – the 2023 contest is attracting a slew of serious contenders, and will likely see millions in spending by independent expenditure campaigns supported by labor and business interests.

A look at the announced candidates – all on the Democratic side.

Brown, 58, is a fourth-generation grocer who is the founder, president and CEO of Brown’s Super Stores in the Delaware Valley. The resident of Rittenhouse Square is the only major contender who has never held elected office. Although he’s largely a businessperson, not a politician, the Northeast Philly native has collaborated closely with Congressman Dwight Evans and has an impressive record of supporting equity, youth, and development in Philadelphia

Domb, 67, a former city councilmember, made millions as a condominium broker and landlord. A resident of Center City, he pushed Council to make the city more friendly to business, to reduce waste by cutting unnecessary spending, and to reduce the burden of the city wage tax. A very wealthy Center City landlord, he owns more than 400 properties in Philly that are worth more than $400 million.

Green, 51, a former at-large Council member, avoided the spotlight and developed a reputation as a policy wonk. The Northwest Philly legislator championed efforts to lower business taxes, reform the city’s ethics laws, and create a public bank that could aid Black- and brown-owned businesses.

Rhynhart, 48, is the Philadelphia city controller and left Wall Street to join city government. The Center City resident has pushed the city to modernize services and spend money more efficiently. While coasting to reelection in 2021, she raised hundreds of thousands, a significant campaign war chest for her anticipated mayoral bid.

Parker, 49, was a former Council Majority Leader, as well as a former state representative. A ward leader with powerful allies in organized labor and politicians like Gov. Tom Wolf, she is seen as an early frontrunner in the mayoral race. The Northwest Philly resident has vowed to prioritize public safety with a “community policing” plan centered on hiring more police officers to walk neighborhoods and build trust in disadvantaged communities. She is a registered lobbyist in Harrisburg.

Sanchez, 53, moved with her family from Puerto Rico when she was 6-months-old. She was the first Latina member elected to Council in 2007 and served four terms. Notably, she won all of her elections without the backing of the Democratic establishment, representing some of the poorest neighborhoods in the city.