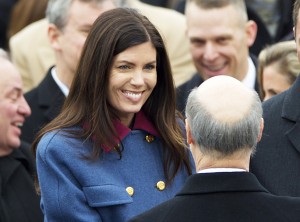 Tom Wolf is worried about what Kathleen Kane is doing to people’s perceptions of government.

Governor Wolf previously stated that he believes Attorney General Kane should resign, and that was before her bizarre press conference last week.

Over the weekend, though, Gov. Wolf sought to explain his reasoning in an interview with KQV Radio.

“I think it’s going to affect the administration of justice” if she stays in office, the Governor asserted.

“It affects, I think, people’s perception of their democracy” Gov. Wolf continued. “The government that they own and that they run. This is something that depends on trust. This kind of thing erodes that trust.”

Kane’s dilemma has arguably been beneficial for Wolf, though, as it has distracted attention from the budget stalemate and likely will continue to do so.

The Attorney General’s next court hearing is a week from today, August 24th.