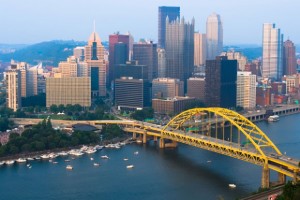 The Latest: Insiders Say Ravenstahl Won’t Seek Re-Election: Rumors are swirling in the Steel City and over a dozen Democratic sources indicate to PoliticsPA that Mayor Luke Ravenstahl will not seek re-election. Here’s the latest – and what it could mean for the mayoral race.

Preview: Pa. Progressive Summit: From the far left around Pa., progressives will gather in Harrisburg this weekend for their annual summit. It will be a key opportunity for prospective candidates to court the activist base of Democratic party. Here’s what to watch.

The Democrats “Nobody Problem”: “You don’t beat somebody with nobody.” In this column, Madonna and Young suggest the Democratic gubernatorial candidates could benefit from a primary.

PA Republicans Go 7-6 for VAWA Reauthorization: The US House passed Thursday a bill to reauthorize the Violence Against Women Act. It enjoyed universal support from Democrats, but split the GOP caucus.

Wojcik Out, McVay in for Superior Court: One Pittsburgh Democrat is out and another is in for a Pa. Superior Court run. Attorney Michael Wojcik ended his bid Wednesday and Allegheny County Court of Common Pleas Judge Jack McVay has thrown his hat in the ring.