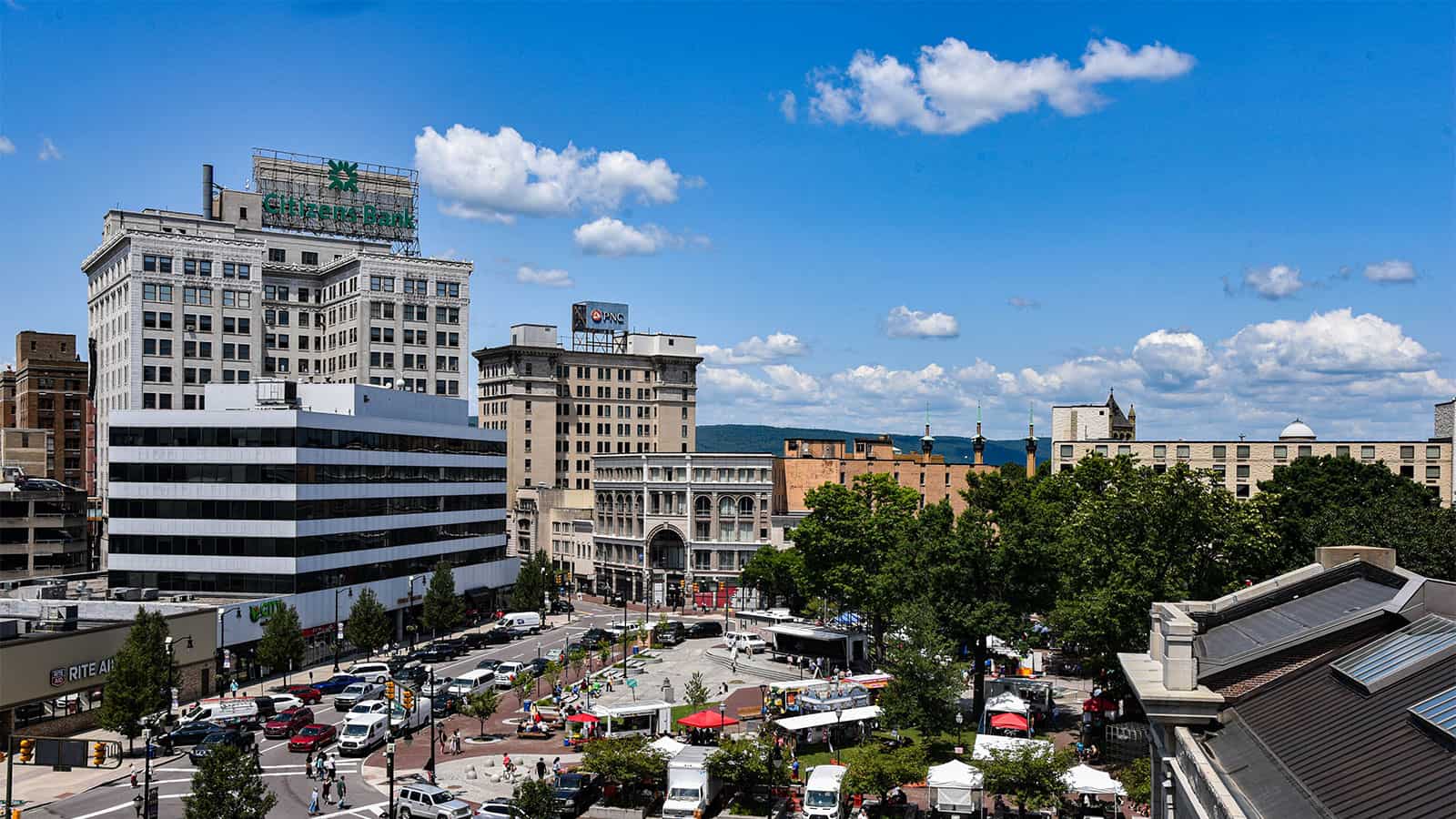 For a city of just over 40,000 people, Wilkes-Barre, Pa. will be an unexpected focal point for American and Pennsylvania politics this week.

The county seat of Luzerne County in northeastern PA will welcome the current president of the United States – Joe Biden – on Tuesday and entertain the former president Donald Trump on Saturday.

Biden’s trip is a rescheduled visit that was canceled in July due to his positive test for COVID-19.

He will give remarks at Wilkes University’s Arnaud C. Marts Center at 3:15 p.m. today on his Safer America Plan to further reduce gun crime and save lives. (PoliticsPA)

Biden and Trump’s Pennsylvania Events Frame Midterms For Both Parties. “It’s getting increasingly difficult to envision either a Democratic or a Republican Senate majority that doesn’t include the open seat in Pennsylvania in November. Races up and down the ballot in the state are likely to render judgment on the political calculations driving leaders in both parties — and major figures are acting like they know it.” (ABC News)

Pennsylvania Split Screen: Biden v. Trump. “Call it a 2020 flashback — or a foreshadow of 2024: Residents of Wilkes-Barre, in northeastern Pennsylvania, are getting dueling visits this week, first from President Biden, then from former President Donald Trump.” (Axios)

City, University Prepared For President Biden’s Visit “Monday marked the first day of classes at Wilkes University, but Tuesday could be a much bigger deal. President Joe Biden will be on the campus to speak at the Marts Center. His topic, after issuing supportive comments for federal and state candidates, will be on his Safer America Plan to further reduce gun crime and save lives.” (Times Leader)

A month after nine Republicans spoke out in support of Democratic gubernatorial candidate Josh Shapiro, seven more stepped forward on Tuesday to lend their names to the Pennsylvania Attorney General’s candidacy.

“I am proud to receive the endorsement of these Republican leaders who are putting our Commonwealth ahead of partisan politics in order to come together and move Pennsylvania forward,” said Shapiro. (PoliticsPA)

Suburban Voters Are Key For Doug Mastriano. His Abortion Views Seem to be Turning Them Off. “Many suburban Republicans say they are having a hard time bringing themselves to vote for their party’s nominee for governor, Doug Mastriano. And several voters and political operatives doing on-the-ground outreach say his stance on abortion is a big reason why.” (WHYY)

Shapiro Breaks With Dems On COVID Policies in PA Gov. Race. “As attorney general, Josh Shapiro went to court repeatedly to defend Pennsylvania Gov. Tom Wolf’s administration against legal challenges to his pandemic-era mandates and shutdowns. Now, as he’s running to succeed Wolf as governor, Shapiro says he is against some of the same COVID-19 containment measures that his fellow Democrat used to help manage the nation’s worst pandemic in over a century.” (Associated Press)

Democratic candidate for Senate John Fetterman called on President Joe Biden to use his authority to deschedule marijuana from its classification as a Schedule I drug and work to decriminalize marijuana.

Fetterman Calls on Biden to Move Toward Decriminalizing Marijuana Ahead of Pennsylvania Visit. “Pennsylvania Democratic Senate nominee John Fetterman called on President Biden to deschedule marijuana, with a goal of ultimately decriminalizing the drug, ahead of Biden’s visit to the state next week.” (The Hill)

Oz Stumbles Fuel Democratic Hopes in Pennsylvania. “Democrats are salivating more than ever over a pickup opportunity in Pennsylvania’s closely watched Senate race as the Republican nominee and celebrity doctor Mehmet Oz grapples with increasingly negative headlines.” (The Hill)

With Abortion and Inflation In The Background, Manufacturing Is Playing a Key Role In This Lehigh Valley Congressional Race. “While the heavy industrial jobs have largely disappeared from the stretch of the Lehigh River connecting Allentown, Bethlehem, and Easton, the echoes of that era can be heard in a nationally watched congressional district that could help determine control of the U.S. House.” (Philadelphia Inquirer)

Gov. Wolf Pushes For $2,000 Direct Payments Without a Plan to Bring Republicans to the Table. “Gov. Tom Wolf came to Sharpsburg Monday to try to bring new life to a proposal to send $2,000 checks to Pennsylvania residents. The program would apply to anyone who earns less than $80,000 per year. But it failed to gain enough support during budget negotiations this year.” (WESA)

Sheryl Lee Ralph Put In The Time and The Work. Hollywood Is Finally Taking Notice. “Ralph’s familiarity with the significant, lifelong impact that teachers can have on their students has brought power and grace to her performance as Barbara Howard, a 30-year classroom veteran who teaches kindergarten, in ABC’s breakout sitcom “Abbott Elementary. Since 2005, Ralph has been married to Pennsylvania state Sen. Vincent Hughes, who has made educational equality part of his policy efforts.” (Los Angeles Times)