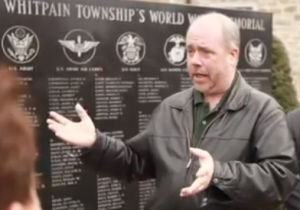 Voter support for Rep. Pat Meehan (R-Delaware) is shrinking according to an internal poll from his challenger, George Badey. Although Rep. Meehan currently leads Badey by a margin of 50 to 30, the poll indicated that this gap was largely based on name recognition and voters favor Badey 41 to 38 after hearing Meehan’s record on Medicare and women’s health.

The poll also indicated an overall lack of enthusiasm among voters toward Meehan in District Seven, with 28 percent saying he deserved re-election and 38 percent saying that someone new deserved a chance.

As with any internal poll, the results should be taken with a grain of salt. Campaigns typically release the numbers either to boost fundraising or to demonstrate campaign viability, or both. In Badey’s case, the race has been largely overlooked by the southeast PA press – until his campaign released this poll.

The numbers made an appearance in his latest fundraising email, too.

“The poll numbers are in and the people have spoken. Pat Meehan is on thin ice. Only 28% of voters approve of what Pat Meehan has been doing while in office,” Badey wrote.

“The fact is the 7th Congressional District wants a new Congressman. One who will fight for their interests: Medicare, education, and good paying jobs.”

“Partisan pollsters can find any result they’re looking for with the right questions,” she said, though she suggested that Meehan’s initial 20 point lead was believable.

“Instead of wasting time playing politics with cooked push polls, Congressman Meehan is focusing on creating jobs and strengthening the economy for 7th district families.”

Badey’s poll indicated an advantage in the district for other Democrats, with President Obama leading Mitt Romney 48 to 41, including a 23 point advantage among independents in the district. Sen. Bob Casey fared even better, leading his opponent, Tom Smith, by a margin of 51 to 37 percent.

Conducted Gerstein, Bocian and Agne Strategies, the poll surveyed 400 voters in the 7th via live dials and had a margin of error of 4.9 percent.