Biden and Trump To Campaign in PA on Monday 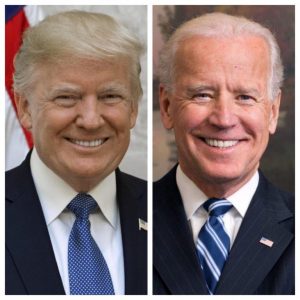 On the final day before the presidential election, President Donald Trump and former Vice President Joe Biden will be campaigning in Pennsylvania.

Trump will rally at the Wilkes-Barre/Scranton International Airport on Monday afternoon, while Biden’s campaign announced that the former VP, Jill Biden, Sen. Kamala Harris, and her husband, Doug Emhoff, will “barnstorm” the state and make appearances in all four corners.

Both campaigns have other visits scheduled prior to Monday’s events.

On Saturday, Trump is scheduled to hold four rallies in Pennsylvania. His rallies will take place in Bucks County, Reading, Butler, and Montoursville. On Sunday, Biden is set to travel to Philadelphia to “discuss bringing Americans together to address the crises facing the country and win the battle for the soul of the nation.”

Biden’s most recent visit to the state was on Monday when he made a surprise visit to Delaware County to deliver an address. Last Saturday, Biden headlined campaign events in Bucks and Luzerne Counties. Other visits in the state this month for the Democratic presidential nominee include Philadelphia for a town hall, Gettysburg, Erie, and several cities in western PA as a part of the campaign’s “Build Back Better Express” train tour.

Trump’s most recent visit to Pennsylvania was on Monday when he held three separate rallies in Allentown, Lititiz, and Martinsburg.

Recent polling indicates that Biden has a slight edge over Trump in the state. The Real Clear Politics Average shows Biden besting Trump by 3.6 points in Pennsylvania.