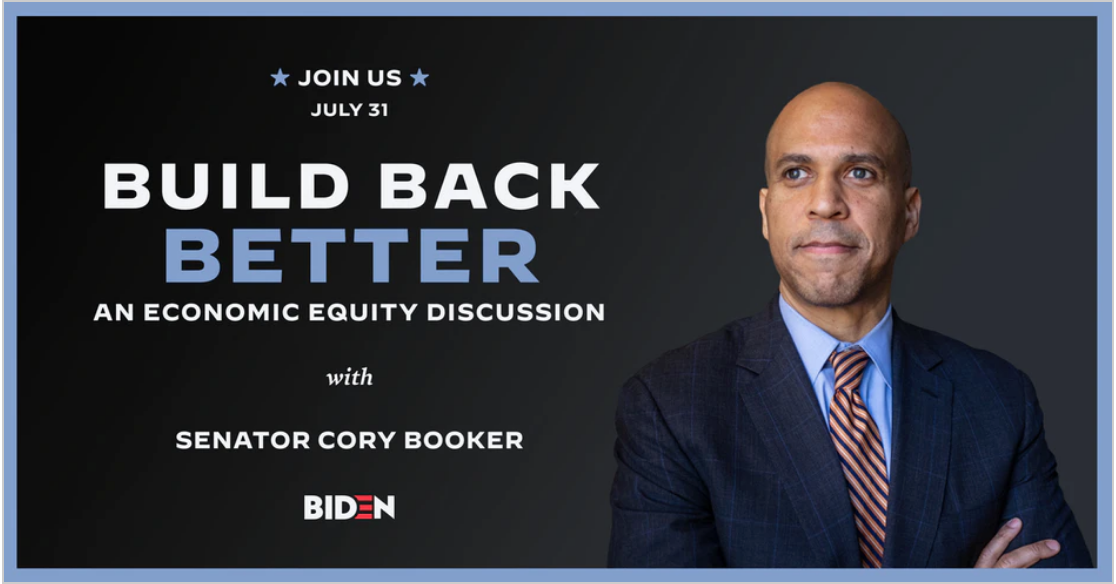 According to a release from the Biden campaign, Booker will host a virtual roundtable with voters and leaders in Philadelphia to discuss the fourth plank of Biden’s “Build Back Better” economic recovery plan for working families on Friday morning. The event is slated to begin at 10:30 A.M.

“Booker will highlight how Biden’s plan will address systemic racism and advance racial economic equity in Pennsylvania and across America,” according to a link of the event page.

The Trump campaign said that Biden has an “abysmal record in public office,” in their statement about the upcoming event.

“Voters are not going to buy Cory Booker trying to cover for Joe Biden’s abysmal record in public office,” said Trump campaign spokesperson Samantha Zager. “Pennsylvanians know that while President Trump has delivered on promise after promise, Biden has nothing to offer them but job loss and decimation of their economy.”

A number of recent polls show the former VP leading over President Donald Trump in the Keystone State, although a new Franklin & Marshall College poll shows that the president’s greatest strength is on the economy.

However, Trump’s under water for his response on handling the coronavirus outbreak, handling of foreign policy, handling of immigration, improving the healthcare system, and protecting the environment.

The latest F&M poll shows Biden leading Trump by 9 points, 50-to-41, in Pennsylvania.

The most promising recent poll for the president comes from CNBC/Change Research that shows Biden only leading Trump by 2 points in the state, 48-to-46.

It’s been a busy week of campaigning in the Keystone State for both sides. Dr. Jill Biden and Sen. Bob Casey discussed the safe reopening of Pennsylvania’s schools in a virtual campaign visit to Pittsburgh on Tuesday.

Kimberly Guilfoyle, National Chair of the Trump Victory Finance Committee, headlined a “Catholics for Trump” virtual event in Pennsylvania on Monday. Vice President Mike Pence is campaigning in western PA on Thursday by headlining a “Cops for Trump” event in Westmoreland County and leading a conversation on America’s economic recovery following the coronavirus pandemic in Somerset County.