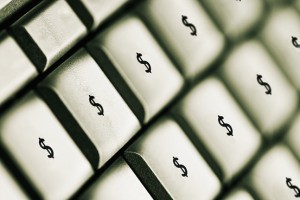 A poll released on Thursday found that 51% of Pennsylvanians are opposed to the Marketplace Fairness Act. However, several small business owners in Pennsylvania support the internet sales tax because it would take away the advantages for online retailers.

“It would level the playing field,” said Mike Woodland, owner of Dan’s Camera City in Allentown and Easton. “Now there is nothing I can do (about the sales tax). It puts me in a bind, and it’s hard to remain competitive.”

Under current law, only companies with a physical presence in a state have to pay that state’s income tax.

Pete Sides, the owner of the Robert M. Sides Family Music Center, which has locations in State College, Williamsport, and Wilkes Barre, believes the current law gives online retailers an unfair advantage because the out-of-state companies do not have to pay Pennsylvania sales tax.

“We get someone once a day saying they can get an item cheaper online,” Sides said. “There’s not level playing field. We have no choice.”

If the Marketplace Fairness Act is enacted into law, Sides said that competition with out-of-state companies “wouldn’t just be about the sales tax.” Rather, he claims, service, prices, and quality products would be the deciding factor for potential customers.

Dan’s Camera City allows customers to purchase item online as well as in their brick-and-mortar stores, but they still face a big challenge from out-of-state retailers.

“It’s a detriment to the state (not to have an internet sales tax),” Woodland said. “We are losing sales to out of state retailers.”