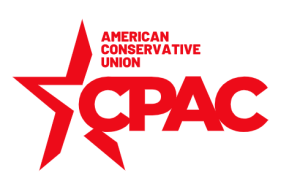 The annual gathering of the Conservative Political Action Conference (CPAC) took place last weekend in Orlando, Fla. Amongst the many speeches by Republican politicians, Pennsylvania Senate candidates shook hands and networked in their attempts to curry favor.

CPAC tends to attract supporters from the more conservative wing of the GOP. So it was fertile ground for Mehmet Oz, Dave McCormick, Jeff Bartos and Carla Sands to hob-nob with the party’s most influential names as well as finding new donors and landing air-time on right-wing outlets.

Oz, Bartos and Sands all received speaking slots – Oz and Sands spoke on Sunday at 11 a.m. and 12:15 p.m., respectively, while Bartos spoke late Friday afternoon. McCormick was not given a speaking slot, but spoke at a private event on Thursday.

It was a big opportunity for Oz, in particular, to rebut ads that have attempted to paint him as a Hollywood liberal. And his celebrity was at full power as delegates attempted to chat and get a photo with him.

“I always say if people don’t understand the power of CPAC, then they don’t get it,” said Mercedes Schlapp, a former Trump staffer who is married to Matt Schlapp, to Politico.

But it just wasn’t the senatorial candidates looking to make waves at CPAC, as gubernatorial candidate Dave White told Fox News that he had arranged a sit-down with former president Donald Trump, looking for an endorsement.

“Dave White greatly appreciated the opportunity to speak with President Trump, as well as several former members of his Administration, this past weekend at CPAC, to discuss his plans for putting Pennsylvania First, ensuring free, fair, and accurate elections that the people of Pennsylvania can have faith in, and fighting to expand economic opportunity for the hardworking people of our Commonwealth,” said spokesperson Matt Beynon.

updated to include Beynon quote