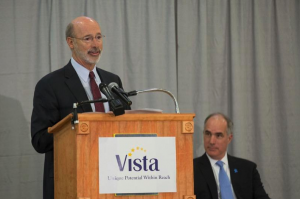 In politics, timing is destiny.

Two years from now, in November 2018, Bob Casey and Tom Wolf will be seeking their third and second terms respectively.

These contests don’t take place in a vacuum, however, and depend greatly on the national landscape. After all, political organizations and fundraisers have to make decisions about resource allocation.

This is where Tom Wolf has the advantage and Bob Casey the disadvantage as the Gubernatorial and Senate maps look drastically different.

This is the Senate map: 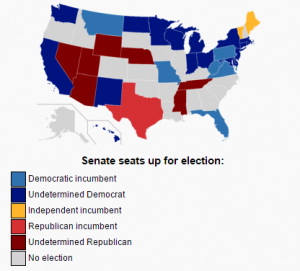 This is the Governor’s map: 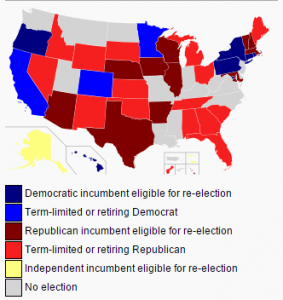 Why the stark difference? Simple, Senate terms last six years and Gubernatorial terms (usually) last four years. 2006 and 2012 were great cycles for the Democrats while 2010 and 2014 were fantastic for the GOP.

As a result, Democrats will have to defend 23 Senate seats while Republicans are protecting just 8. Meanwhile, the GOP is defending 26 Governorships compared to just 9 for Democrats (Alaska has an independent incumbent).

Furthermore, midterm elections are almost always terrible for the President’s party. With Trump’s favorable ratings still underwater during his honeymoon period, it’s not a huge leap to guess that he may not be too popular two years from now.

If Republicans are fighting a blue wave, they’re more likely to put their money and effort into keeping the Senate (and House) while letting Governors largely fend for themselves.

So while on paper Wolf is the only Democratic Governor in a state Trump won, his race may get lost in the shuffle. Incumbents also tend to have a natural advantage which may scare off support for his opponent. Speaking of which, the GOP has to defend open seats in critical states like Florida, Michigan, Nevada, New Mexico, Ohio and Wisconsin. That will definitely serve as a useful distraction.

Finally, Sen. Casey may actually benefit from the fact that so many Democratic seats are up for grabs. Sure he’s now in red territory but states like Indiana, Missouri, Montana, North Dakota and West Virginia are such easier targets.