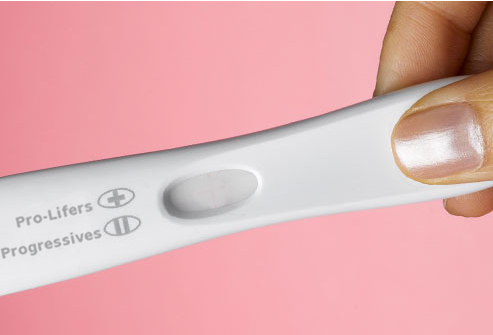 Bob Casey has prided himself for staking out the middle ground on controversial social issues, but a vote Thursday in the Senate may force him to choose between his Democratic base and his credibility among social conservatives.

A vote has been set for Thursday in the U.S. Senate on the repeal of a mandate that employers pay for coverage of contraception.  Since the policy came into the fore a few weeks ago, Republicans have argued that any mandate would require religiously affiliated institutions such as colleges and hospitals to offer health care policies that cover birth control or pay a fine, is unconstitutional and infringes on religious freedom.

The amendment is not expected to pass the Democratic-controlled Senate, but it presents a tricky vote for Senator Casey.

Casey has publicly expressed his opposition to the mandate. In a letter to President Obama, Casey said, “I have strongly supported efforts to provide greater access to contraception.  I believe, just as strongly, that religiously-affiliated organizations like hospitals and universities should not be compelled by our Federal government to purchase insurance policies that violate their religious and moral convictions.”

“He is reviewing the details of the amendment ahead of the vote tomorrow,” said spokesman Larry Smar on Wednesday.

“Senator Casey has spoken out on the proposed rule going back to last fall.  In early February when the original rule was proposed Senator Casey called on the President to reverse the rule.  He supports access to contraception, but has been opposed to requirements that cause religiously affiliated institutions from violating their beliefs.”

He’ll take heat no matter how he votes. Democrats locally and nationally have embraced the recent surge in “culture war” topics, like abortion and contraception, because the thinking goes that Republicans alienate moderate voters on those issues. Not to mention, the intense passion such topics evoke among the liberal base.

Casey has historically sought to thread the needle between the Dem base, and the Casey legacy as pro-life moderates – at times a tenuous relationship.

The balance is also a formula for electoral success in Pa.

But as much as ever, this time the bright lights are on. Casey’s five Republican opponents – already seeking to chip away at Casey’s pro-life cred – are eager to make it a campaign issue. Each offered criticism of Casey’s contraception stance – but moreso of his vote in favor of the health care law of which the mandate is a part.

Chester County entrepreneur Steve Welch has discussed this issue more the most of the GOP candidates. Welch urged Casey to co-sponsor tomorrow’s bill two weeks ago:

“Now it’s time for Sen. Casey to finally put party politics aside and co-sponsor bipartisan legislation that protects the rights of individuals and prevents the federal government from usurping our religious freedoms,” he said at the time.

David Christian, a businessman and veterans advocate from Bucks County:

“I expect Bob Casey to vote in lockstep with President Obama as he has done so many times before providing yet another reason for him to be voted out.”

“If I were in the Senate, I would not only vote for this repeal but would have been seeking repeal of the entire Obamacare legislation that Bob Casey voted to afflict on the American people.”

“ObamaCare is unconstitutional and this mandate is clearly unconstitutional. The voters in Pennsylvania should hold Senator Casey accountable for his vote for Obamacare.”

“Casey’s failed leadership and steadfast support of President Obama’s big government agenda has consistently enabled the administration to impede on constitutional liberties.  Senator Casey should have broken with his 98% record of voting with the President and opposed Obamacare in the first place.”