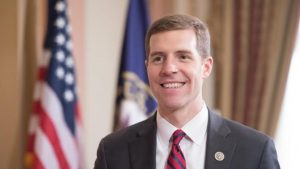 President Joe Biden will be making a stop in Pittsburgh on Friday, and not everyone is dropping everything to greet him.

Lt. Governor John Fetterman, a leading Senate candidate, and state Attorney General Josh Shapiro, the leading Democratic nominee in the Governor’s race, both have cited scheduling conflicts and will be absent.

Rep. Conor Lamb, another Senate candidate and a longtime supporter of Biden, will attend. All three were invited to take part in a photo line with the president.

While Fetterman and Shapiro indicated that politics had no bearing on their schedules, their absences follow similar situations in other states, raising questions about embracing a president with approval ratings in the low 40s.

“It’s great that President Biden is coming to Pittsburgh to talk about infrastructure,” Fetterman told the Associated Press. “It’s great to come to the city that helped build America to talk about rebuilding America.” But he said he’ll be at the Democratic State Committee meeting in Harrisburg to talk to Democrats about the midterms.

“President Biden first announced his infrastructure plan in Pittsburgh, and Conor looks forward to welcoming him back and talking about all the good jobs that bill will create in the Pittsburgh area and all over Pennsylvania,” Lamb campaign manager Abby Nassif Murphy said to the AP.

“I hope that we hear conversations about implementation, immediate implementation that goes towards creating jobs that people need, but what we know is that there’s been a lot of delay, and we know that there’s been a lot of talk about things for the future, when people are hurting and suffering right now,” Paris Dennard, a representative for the Republican National Committee told Pittsburgh TV station WTAE. 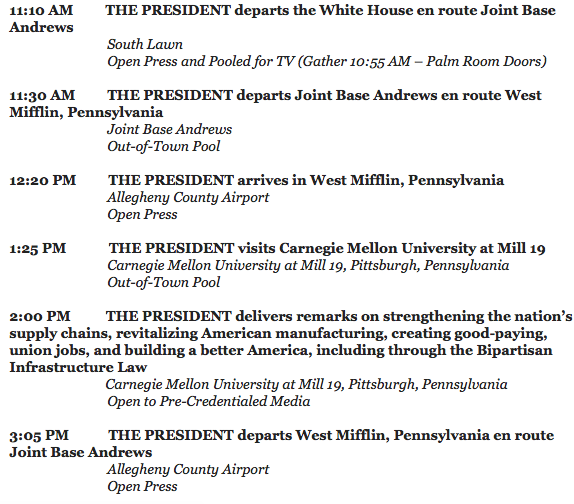 6 thoughts on “Fetterman, Shapiro to Skip Biden Visit to PA”