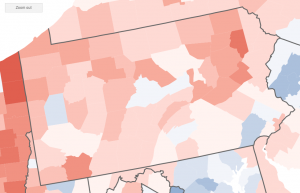 What does the future hold?

David Wasserman, Reuben Fischer-Braun and Ritchie King of FiveThirtyEight sought to find out. The trio built a county-by-county model that examined what would happen if there was a major shift in the electorate.

Nationwide, however, this swap wouldn’t change the results in many states including Pennsylvania. In fact, the FiveThirtyEight analysts tested these numbers against the 2012 results and found a minimal impact on the Electoral College. They project Ohio, Iowa and Maine’s 2nd Congressional District (Maine and Nebraska divide their electoral votes by congressional district) would go red while North Carolina would go blue.

They ran this same projection on a county basis and found just two PA counties would shift from their 2012 position. Luzerne County would go from blue to red while Chester County would move from red to blue. 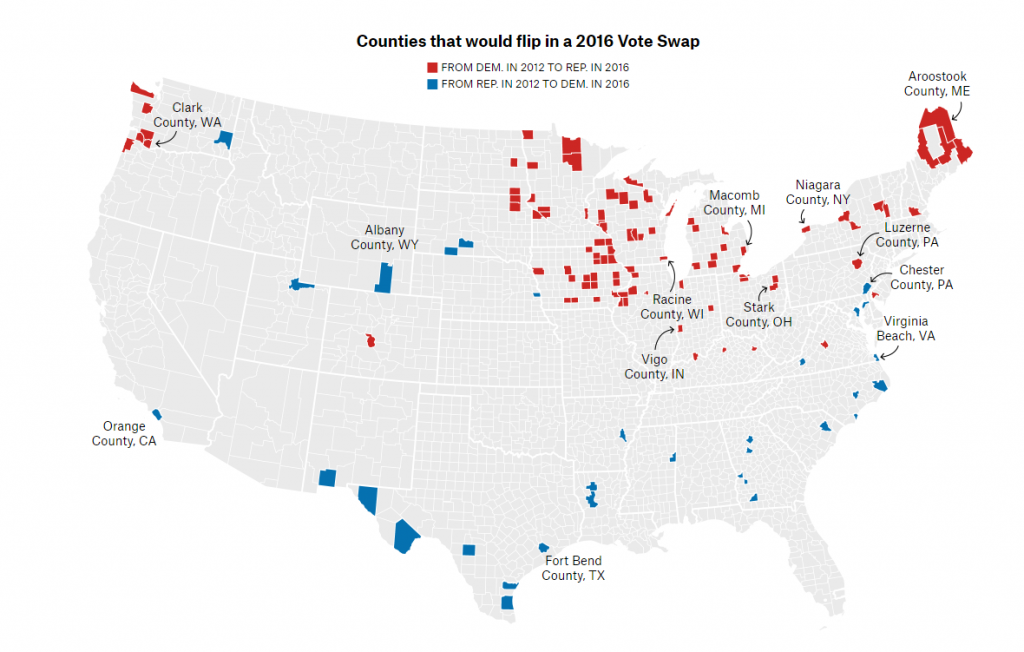 Interestingly, the voter registration numbers back up this calculation as the Democratic advantage in Luzerne County and the Republican lead in Chester County are rapidly declining this year.