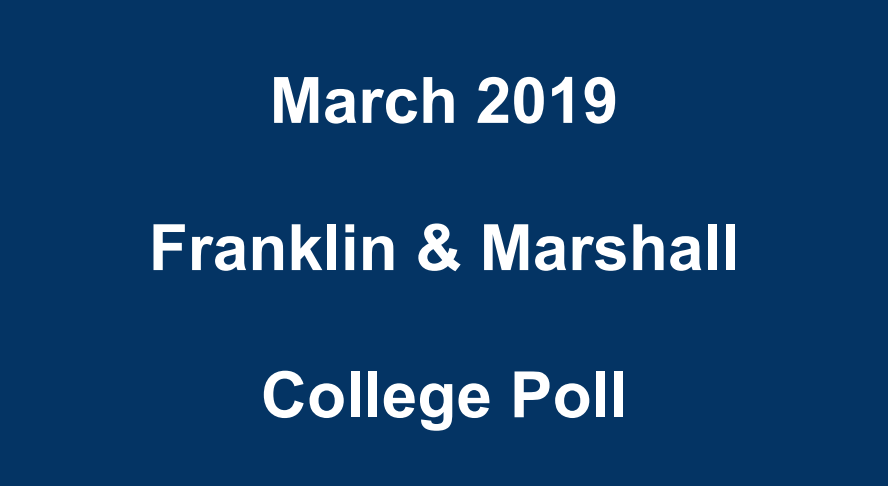 In the latest Franklin & Marshall College poll, Gov. Tom Wolf has the support of just over half of the state, while President Donald Trump trails in job performance.

Wolf also boasts strong favorability ratings in the latest F&M poll. 54% polled view Wolf as either “strongly” favorable or “somewhat favorable”. This is a slight decrease from the previous F&M poll released in October prior to the election, but his unfavorable rating moved just 1% down from that poll as well. 31% polled view Wolf as “somewhat” unfavorable or “strongly” unfavorable,” with 3% undecided and 11% saying they don’t know.

Trump’s approval rating trails the Governor, but has remained rather steady in Pennsylvania. 34% polled believe that Trump is doing an “excellent” or “good” job as president. However, 36% polled believe Trump deserves a second term, while 61% say it’s time for a change.

Despite hovering in the mid 30s for job approval rating for nearly a year, Trump’s numbers at this point in his presidency are similar to President Obama’s rating a little over halfway through his first term.

32% polled think they are “better off” financially compared to the previous year, with 52% saying they are the same.

Unemployment and the economy leads the way as the most pressing issue facing Pennsylvanians with 15% answering that, while 14% say taxes are the most important problem, and education finishes third with 12% viewing that as the most important issue. A variety of other topics including crime, government and politicians and more failed to reach the double digit mark.