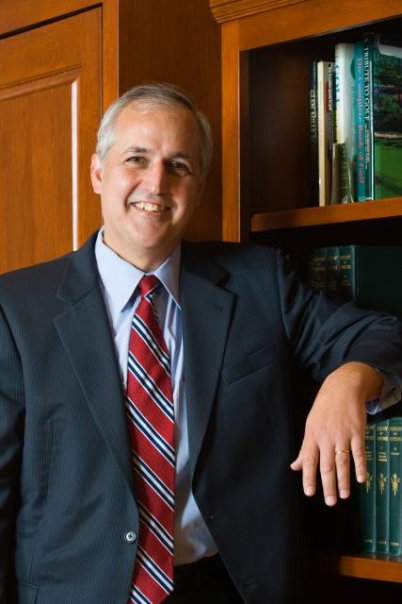 Around the state, insiders are talking about a “game changer” in the crowded GOP primary to take on Senator Bob Casey. But a big assumption by Pileggi’s supporters – that Steve Welch, a Chester County entrepreneur and former congressional candidate, will get out if the Majority Leader gets in – may be too large a leap.

“I welcome Senator Pileggi to the race. He’s a proven leader and a winner,” said Gleason, who had tried unsuccessfully for month to recruit a member of Pa.’s congressional delegation into the race. “Having Senator Pileggi in with a proven record of accomplishment would be a good thing.”

He added that he was pleased at the field in general, and thought any one of the candidates would defeat Sen. Bob Casey.

“I think that if he gets in, he will definitely be the favorite,” said Allegheny County Republican Chairman Jim Roddey. “I think I could almost predict that he would be the endorsed candidate.”

Roddey says he would support the Senator if he gets in.

Pileggi would enter the field as the candidate with the highest political rank, and the only one currently holding elected office. Supporters argue that his connections in Harrisburg – along with the built-in network of Senate GOP colleagues – would translate into a state committee endorsement.

“The candidacy of Sen. Pileggi offers the Republican Party in Pennsylvania a very positive option as a candidate for the U.S. Senate,” GOP powerhouse Bob Asher told the Associated Press.

A GOP source with intimate knowledge of the situation confirmed that Pileggi has retained the consulting firm of Long/Nyquist for his U.S. Senate bid, as well as fundraiser Christine Thomas Costello.

Pileggi is known for holding his cards close to the vest, so going public at all with the possibility of a bid is a sign of legitimate consideration. But will he actually get in? Several insiders PoliticsPA spoke to say they aren’t sure.

“Majority Leader of the Pa. Senate is one of the best jobs in politics. There are few in the state who play a bigger role than that,” said one GOP consultant based in Washington DC. Pileggi is up for re-election this year, and could not run for both offices simultaneously.

Furthermore any incumbent – let alone one in leadership – has plenty of votes for conservative challengers to criticize. Pileggi would take heat for his support of the 2005 midnight pay raise, as well as the contents of any budget he ever supported.

Perhaps he is waiting to see how clear a path he would have at the nomination, said several others.

Pileggi’s supporters universally make the same basic assumption about the field: if the Senator gets in, Steve Welch will get out. “The day he announces, Welch is done,” said one Republican, noting that the two would draw from the same geographic and fundraising base.

It wouldn’t be unprecedented. Welch put his 2010 congressional aspirations on hold twice when he withdrew from the race in Pa-7 to make room for Pat Meehan, and again in Pa-6 for Jim Gerlach.

But this time, Welch and his team say he won’t be forced out of the race.

“Steve Welch will be in this race until the day he defeats Bob Casey, and he will have the financial resources to get that done in both the primary and the general,” said campaign manager Peter Towey. “Steve got into this race because he believes that Washington is full of career politicians and is lacking people that have real world experience creating jobs.”

Welch is making his own bid for establishment support. His General Consultants, John Brabender and Brian Nutt, have worked for every Pa. Republican under the sun including Governor Tom Corbett. Towey was Pat Toomey’s political director in 2010. They recently brought on Carey Dunn and Amy Petraglia, two of western Pa.’s top GOP fundraisers.

And though he’s relatively new to this race, Welch has done consistently well in front of crowds of Republican grassroots and Tea Party activists. Perhaps most importantly, he has emerged as the default GOP candidate in the national press. Looking for local Republican reaction to Casey’s absences from President Obama’s Scranton visit this week, several news outlets ran quotes from Welch or his campaign staff.

If Welch gets out, the math becomes much easier for Pileggi. However, if it looks like he will stay in the race, the presence of a SEPA self-funder might dissuade the Majority Leader from pulling the trigger.

Nonetheless, if Pileggi gets in, Welch will have to rely laregly on his own organization and his own financial support.

It goes without saying that the other candidates in the race stand to gain from a SEPA showdown, namely: Tom Smith, a wealthy coal industry veteran and former Tea Party leader from Armstron County; Sam Rohrer, a former State Rep. and 2010 gubernatorial candidate from Berks County; and Tim Burns, a businessman and 2010 congressional hopeful from Washington County.

A spokesperson for Pileggi said the Senator will make his decision within the month.