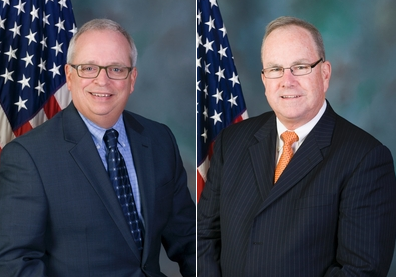 Retiring state Rep. John Taylor and HRCC Chair Mark Mustio are worried about the consequences of the state Republican Party endorsing Congressman Lou Barletta’s Senate campaign could have on down ticket races. The House Republican Campaign Committee is tasked with electing – and re-electing – GOP candidates to the state House.

“Mark, I wanted to express my concern about the potentially negative effects of the top of our ticket to our House colleagues in 2018,” Taylor wrote in an email obtained by PoliticsPA.

Taylor’s concerns stem Barletta’s emphasis on immigration and his close ties to President Trump.  Taylor believes that the election could become a referendum on Trump, hurting southeast Republicans.

“I am concerned that Lou Barletta’s candidacy, with the media emphasis on immigration and the President, may cause each of our House seats to be a referendum on the President as well.  Our message, from the top to the bottom of the ticket, will be lost and it could be a straight party vote against up in the Southeast,” Taylor wrote.

“I’m also concerned about the possibility of the 2018 election becoming more of a referendum on Donald Trump than on his policies of economic growth and a strong foreign policy that work for all of us,” Mustio wrote.

Mustio and Taylor both confirmed the authenticity of the emails to PoliticsPA.

Both Taylor and Mustio have endorsed one of Barletta’s Senate primary opponents, their colleague State Rep. Jim Christiana’s (R-Beaver).

While few in the party have openly expressed concerns about Barletta, their worries about Trump echo those voiced by many Republicans in the Philadelphia suburbs.

Trump’s popularity in the Southeast has never been very strong, with Clinton winning all of the southeast Congressional districts, and a large majority of the state House districts in the region in 2016.  In 2017 Democrats made massive strides, picking up county and local seats that have been Republican for over 50 years, and in some cases seats that have never been held by Democrats.

“All five of the counties in the Southeast were rocked in the election last November.  While results in Philadelphia were not surprising, the outcomes in Chester, Bucks, Delaware, and Montgomery certainly were,” Taylor wrote.

“We lost seats we have held for generations.”

Down ticket races aside, Barletta’s less than stellar fundraising are raising eyebrows among Republican insiders.  Barletta is entering 2018 with just over $1 million on hand, meaning he only netted $50,000 in the fourth quarter of 2017.  Senator Bob Casey, who Barletta is running to challenge in the fall, entered the year with 8.6 million after raising $2.6 million in the fourth quarter.

Barletta’s campaign responded to the concerns touting his history of defeating Democrats, and his endorsements in the race.

“The reality is that Lou is uniting people across Pennsylvania behind his campaign to defeat Senator Casey. Lou has received 85 percent of the Pennsylvania Republican State Committee straw poll votes, and just last weekend, Lou received 80 percent of the vote from the Southeast Caucus. Lou has a long history of uniting both Republicans and Democrats behind him and fighting for the people he represents,” Barletta’s deputy campaign manager Jon Anzur said.

“In 2010, Lou beat a 26-year incumbent Democrat Congressman in a congressional district that was nearly 2 to 1 Democrat. That’s why Lou has broad support — from grassroots leaders, President Trump, Senator Pat Toomey, every member of the Pennsylvania Republican Congressional Delegation, and dozens of state House and Senate members who have endorsed him. Lou is the only candidate who can beat Bob Casey this November. Period.”