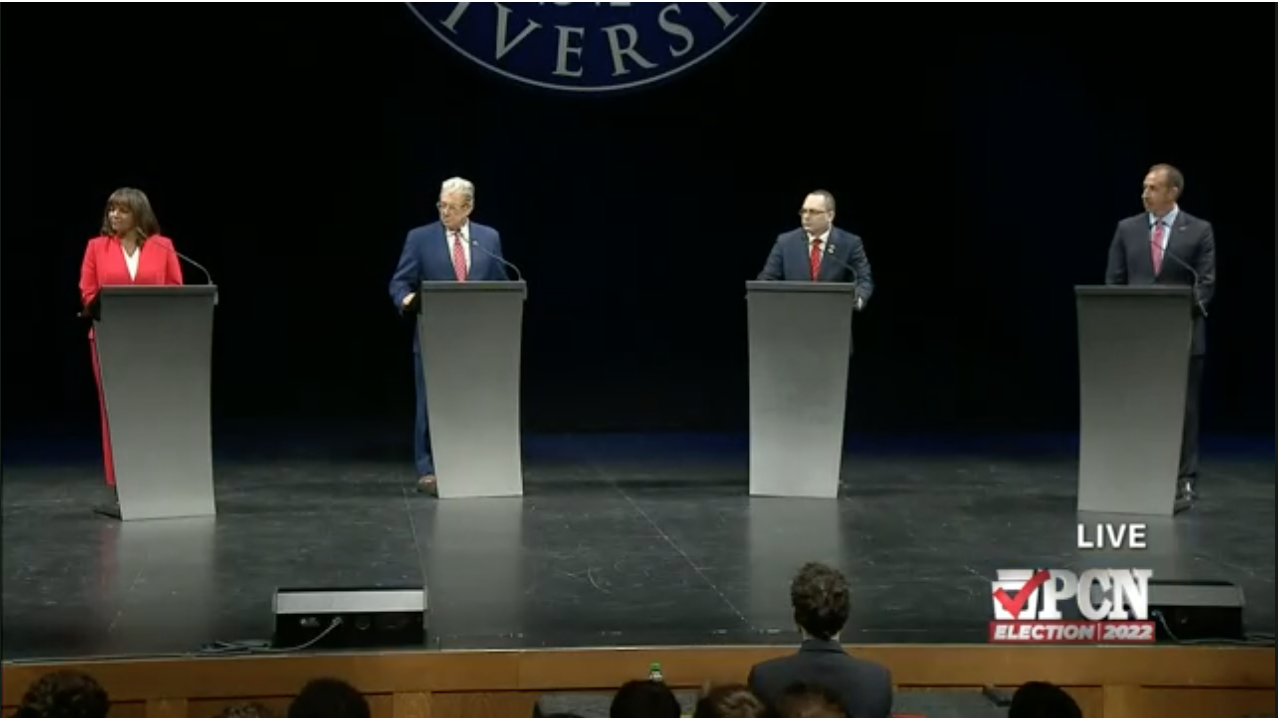 It was a night notable for who was present, who was not, and who was booed as GOP candidates for U.S. Senate met for a debate at Villanova.

Here are some of the highlights of the debate, courtesy of the live tweeting of Marley Parish and the Pennsylvania Capital-Star.

How to Keep Graduates in PA

Bochetto: “Students follow jobs … you want a good job, and in order to keep students in this area, we need to provide good jobs, attract good jobs, improve the environment that businesses want to do business here.”

Barnette: “When you’re living in an environment where businesses are being shuttered … what we’re seeing … are a number of people who have traditionally leaned Democrat” are having buyer’s remorse.

Stern, talking about police says: “We make sure we don’t attack them on the Capitol on a certain holiday … we should also leave them alone, and let them do their job.”

He says people are leaving the party “in droves” because of extremism.

Are We In an Immigration Crisis?

Barnette: “You’re not a sovereign nation if you’re not under control of your border. There is nothing racist about wanting to know about who is coming into our country … it is about sovereignty.”

Bartos says sanctuary cities will not be allowed to exist in Pennsylvania.

Views on the Filibuster

Stern says he supports it for a different reason compared to the other candidates, adding that the filibuster is meant for compromise.

Retaining Support from the Base and Appealing to Democrats

Bochetto: “I understand what’s important, not just to Republicans, but also to sensible-thinking Democrats.”

Stern: “What we have to do is change the party and make a significant difference in how the party is behaving. And again, the party has to understand that we’re not defined by a man.”

Bartos: “I’ve been on every main street, helping those businesses when no one was paying attention.”

Barnette says the majority of her family, with the exception of her husband, are Democrats.

“We have a number of people who are coming over into the Republican Party … people will come. We have the best story to tell.”