HD-58: Walsh Plagued by Prior Arrests 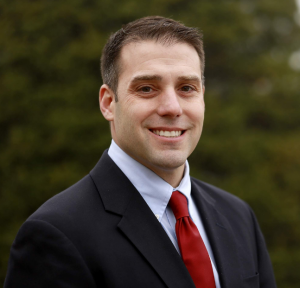 Justin Walsh, the Republican nominee in the race for the 58th legislative district, appears to have a checkered past.

In 1995, Walsh pled guilty to harassment. The details are not fully clear but the offense occurred on June 3rd. On June 12th, Walsh issued a guilty plea and received a ninety day suspended sentence and also had to pay “fines and costs”.

The next year, on May 5th, Walsh was arrested and charged with 13 counts: 4 counts aggravated assault; 4 counts simple assault; 4 counts recklessly endangering another person and 1 count of disorderly conduct engaged in fighting.

The arrest report stated Walsh “did attempt to cause serious bodily injury to another person…by punching and kicking an individual who had been knocked down to the sidewalk requiring that individual to be transported to the hospital for treatment.”

At a non-jury trial on March 24th, 1997 Walsh was found guilty of simple assault. That day, he pled guilty to disorderly conduct. The total costs of fines and restitution exceeded $4,000.

These incidents occurred while Walsh studied the law at Seton Hall University. He was admitted to the Pennsylvania Bar on March 3rd, 1998.

Finally on May 11th, 2003, Walsh was involved in a bar brawl. According to Amanda Gillooly of the Tribune-Review, Justin Walsh was among those charged with disorderly conduct. Although it appears that charge was dropped, his brother Jared did plead no contest to a simple assault charge and was given a year of probation. It is also possible Gillooly made an error and included the wrong Walsh.

“Justin Walsh’s repeated violent convictions and arrests show that he is unfit to hold elected office,” said Nathan Davidson, Executive Director of the PA HDCC. “Walsh’s tendency towards violence reveals that he lacks the restraint or the respect of the law to serve as an elected Representative for the Commonwealth.”

“Representatives are tasked with writing the laws that govern our great Commonwealth,” Davidson continued. “Mr. Walsh should focus on following the law, rather than running for an office that would have him to write laws he may lack the self-restraint to obey.”

“Mary Popovich is trying to distract the voters by bringing up events from over 20 years, during an individual’s early 20’s,” HRCC Executive Director Chad Weaver responded. “Obviously she is concerned and fearful that voters are hearing about her extremely liberal record and support of Governor Wolf’s massive tax increases. That is why she refuses to show up at the debates.”

The 58th legislative district represents part of Westmoreland County and is a prime target for the Republicans as it resides in the increasingly conservative Southwestern portion of the state. In fact, retiring incumbent Democratic State Rep. Ted Harhai won by only 282 votes in 2014.