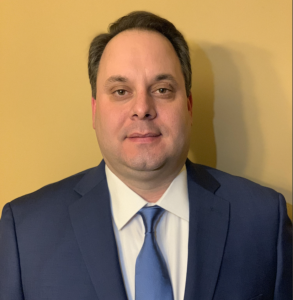 The Democrats now have their candidate for the moderate state House district in Bucks County.

Harold Hayes, a union plumber in Local 690, was selected to be the Democratic nominee for the upcoming special election in the state House’s 18th District to face Republican KC Tomlinson, a third generation Funeral Director and daughter of state Sen. Tommy Tomlinson (R-Bucks).

The special election to fill the seat vacated by state Rep. Gene DiGirolamo (R-Bucks), who resigned after he was sworn-in to serve on the Bucks County Board of Commissioners, will be held on March 17.

In a release about selecting Hayes, Bucks County Democratic Party Chairman John Cordisco said that they are confident that he can flip the seat and added that properly funding public schools as a priority.

“We are confident that Harold can flip this seat for the Democratic Party,” Cordisco said. “As a father, many of the issues facing this district are personal to him. He knows we need to invest in our future and properly fund public schools and institute all day Pre-K. Harold will be a champion of working people and fight to bring much needed progress to Bensalem.”

According to the Bucks County Courier Times, the decision of choosing Hayes by the county and state party overturned the vote of the Democrats in Bensalem who selected Rachel Fingles, Bensalem School Board Director, as their endorsed candidate.

The Bucks County Courier Times reports that a source with information about the decision of selecting Hayes over Fingles said that it was made due to their belief that he would be the candidate with the “strongest financial backing.”

DiGirolamo, who served in the state House for the past 25 years, won his most recent reelection effort in 2018 by 13 points over Democrat Jimmy Lamb.