House to Consider Impeachment of Kane 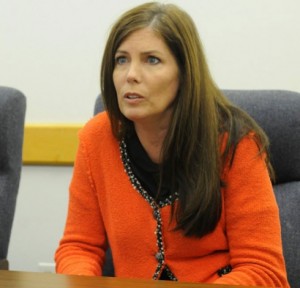 Kathleen Kane may face impeachment procedures after all.

According to Angela Couloumbis of the Inquirer, the State House is now considering authorizing an investigation into whether there are grounds to impeach the Attorney General.

“It is obviously not our intention to interfere with any ongoing criminal proceedings,” State Rep. and House Judiciary Committee Chair Ron Marsico told Couloumbis. “However, it is imperative that we fulfill our constitutional oversight responsibility.”

This action suggests that the State Senate, which is weighing whether to remove Kane because of her law license suspension, is unsure if they should proceed along this route. The bipartisan committee assigned to this issue will announce their opinion on her potential removal tomorrow.