The city of Philadelphia scored a major victory Wednesday, with a federal judge ruling in favor of its so-called “sanctuary city” status and delivering a major blow to the Trump administration. 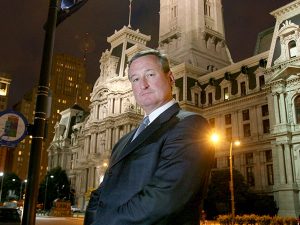 The city sued after federal officials threatened to cut off about $1.5 million in federal grant funding for not sufficiently cooperating with immigration agencies.

In a 93-page memo, U.S. District Judge Michael Baylson ruled that conditions the federal government placed on Philadelphia in order to receive funding earmarked to help buy kits to counteract opioid overdoses were “arbitrary and capricious.”

Federal officials had required the city to provide Immigration and Customs Enforcement (ICE) agents access to prisons to interview suspects, for the city to notify agents when undocumented immigrants are to be released from prison and that the city would not be allowed to withhold information regarding a person’s citizenship status.

“The public statements of President Trump and Attorney General Sessions, asserting that immigrants commit more crimes than native-born citizens, are inaccurate as applied to Philadelphia, and do not justify the imposition of these three conditions,” Baylson wrote.

Mayor Jim Kenney — already warmed up from his Monday disagreement with the president over Trump’s decision to disinvite the Super Bowl Champion Philadelphia Eagles from the White House — broke out into song and dance over the court’s ruling.

And in January, Kenney’s office released an action guide outlining city’s attitude toward immigration and its legal requirements to cooperate with ICE and other agencies. The guide also contains resources for organizations needing volunteers to help immigrants and refugees, as well as legislative contacts to reach out to for constituents to ask for continued funding for sanctuary cities and support for the Deferred Action for Childhood Arrivals (DACA) program.

The U.S. Department of Justice said Wednesday’s ruling puts cities at risk by protecting criminals and refusing to hold them accountable and deport them when necessary.

“The Justice Department continues to maintain that we exercised our authority, given by Congress, to attach conditions—designed to keep Americans safe—to public safety grants,” DOJ spokesman Devin O’Malley said in a statement. “We will continue to fight to carry out the Department’s commitment to the rule of law, protecting public safety and keeping criminal aliens off the streets.”

Included with the press statement was a list of seven undocumented immigrants in Philadelphia accused of crimes.