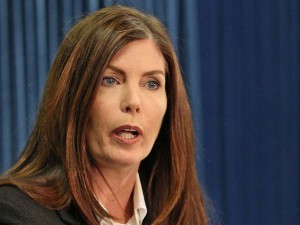 This email scandal continues to grow and expand.

Back when Justice McCaffery’s troubles were boiling over late last year, he threatened Justice Eakin by telling him the latter’s own lewd emails would be revealed. In response, Kane released all relevant emails to the Judicial Conduct Board.

At least that’s what the Board thought.

According to Craig R. McCoy and Angela Couloumbis, the board stated that they were “not provided with all of the information on the attorney general’s servers.”

The next day, Kane’s spokesman Chuck Ardo explained that the original emails concerned the years 2008 to 2012. The new disc that Kane sent to the board, however, contained messages from 2013 and 2014.

Ardo called the discrepancy “a board issue, a technical issue or some kind of communications issue, but it certainly was not a withholding issue.”

Regardless, a whole new chapter has opened up in this epic saga.