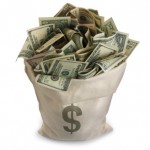 The finance reports have been filed, posted and picked apart. See who made the list.

Ryan Costello has big shoes to fill if he wants to replace retiring Rep. Jim Gerlach. In the financial arena at least, so far he has been quite impressive.

The Chester County Commissioner had his best fundraising period to date, pulling in a spectacular $600,174.89. Costello now has over $800,000 cash on hand for the open primary race.

The ability to raise that much cash indicates that Costello has the Republican establishment in PA-6 already behind him. The district, which is competitive but leans towards the GOP, has already seen Democratic nominee Manan Trivedi twice so Costello will need money to build up his name ID. It now appears that will no longer be a problem.

Unlike his compatriots in PA-6 and PA-8, Meehan’s Southeastern PA seat has not received much attention from political parties or prognosticators. Neither the DCCC or the NRCC have it as a race to watch and none of the major congressional observers believe the seat is in any danger.

Nonetheless, Meehan is still bringing in the cash with a $243,600.39 haul in May and June. More importantly, though, is Meehan’s COH total of $1,775,362 which should prevent PA-7 from becoming a serious contest.

Filling out the SEPA trifecta is Rep. Fitzpatrick, who raised $428,563.43. The Congressman had the advantage as he could use May and June exclusively for fundraising while his Democratic opponent, Kevin Strouse, was occupied with winning and recovering from his primary.

Rep. Fitzpatrick has the most cash on hand of any PA member of Congress, a mammoth $1,906,830. Given that PA-8 may be the most contested race in the commonwealth, this both makes sense and shows that the incumbent has done a magnificent job of shoring up resources while waiting for his Democratic challenger.

Elections are a two-way street so there is more to the contest for PA-7 than just Rep. Meehan’s fundraising. On the other side is the lack of any real urgency apparent from Democratic nominee Mary Ellen Balchunis.

Incredibly, the candidate raised just $15,310 this quarter and has only $9,976 COH. Those numbers would be anemic if they came from an incumbent in a safe seat. Coming from a first-time candidate running against an incumbent with $1.7 million in the bank, those results are downright catastrophic.

Compared to her counterpart listed above, McClelland did phenomenally this quarter with a $78,694.36 haul. Unfortunately for her, however, she is running against Rep. Keith Rothfus who has over $1.2 million cash on hand.

Despite being a freshman in the historically Democratic 12th district, where Rep. Jack Murtha served for decades, Rothfus holds the distinct advantage as over time the makeup of the district has significantly changed. The Cook Political Report, for instance, now rates it a R+9. Therefore, McClelland will have to bring in a lot more cash if she wants to make the 12th district competitive once more.

Note: Because of the previous issuance of pre-primary reports, these quarterly reports range from just May 1 to June 30.