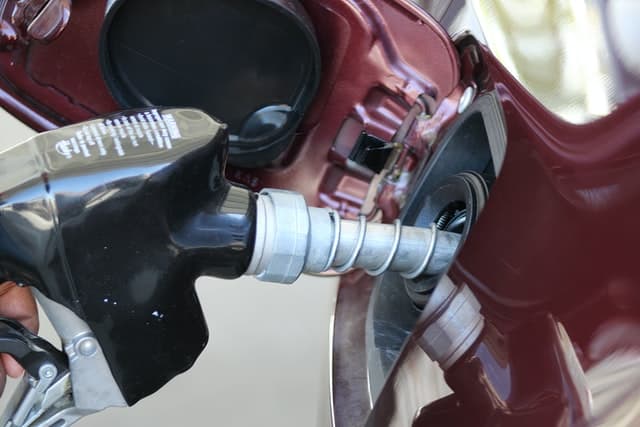 Elections: Open Primaries and Runoffs: Given the lessons of the May primary, should PA consider open primaries and runoff primary elections?

PA Senate Race: ‘The Pennsylvania Senate primary was bonkers. Here’s how it unfolded.’: The Philadelphia Inquirer reports that “a celebrity candidate. A custody trial. Two Trump endorsements. A stroke. A recount. Pa.’s Senate primary was a roller-coaster from start to finish.”

‘Republicans face decision on constitutional changes package’: The Associated Press reports that “Republican state lawmakers may soon decide which among the scores of potential amendments to the Pennsylvania Constitution will have any shot of making it to a voter referendum — a tactic that can get politically divisive policies around Democratic Gov. Tom Wolf’s much-used veto pen.”

‘Pennsylvania Senate passes bill to keep transgender athletes out of girls’ sports; Lisa Boscola only Democrat in favor’: The Allentown Morning Call reports that “a deeply divided Pennsylvania Senate on Tuesday passed a bill designed to prevent athletes who were male at birth from participating in women’s and girls’ school sports, with mostly Republican proponents citing fairness and safety and Democratic opponents calling the action an attack on vulnerable transgender children.”

‘Jarrett Coleman speaks out after Pat Browne concedes in Pa. 16th Senate District race’: WFMZ reports that “Coleman is now the Republican nominee in a district that hasn’t elected a Democrat since 1994, and he believes it’s his values that will lead him to office over his Democratic rival Mark Pinsley.”

‘Public water utilities say Senate bill will force up rates’: The Associated Press reports that “legislation criticized by opponents as a vehicle for-profit water companies to take over municipal water authorities in Pennsylvania by imposing expensive regulations on them passed the Republican-controlled state Senate on Tuesday.”

‘Legislators, survivors push bill package to aid crime victims, reduce recidivism’: PennLive reports that “a package of bills to improve protections for crime victims and help rehabilitate offenders has advocates and some lawmakers hopeful that some of the gaps in Pennsylvania’s justice system may be addressed by the current legislature.”

‘Coalition urges Pa. lawmakers to adopt a state earned income tax credit to help working poor’: PennLive reports that “a diverse coalition of advocacy groups have come together to promote an anti-poverty initiative that has the potential to benefit as many as 874,000 low- to moderate-income Pennsylvania households.”

‘Pa. lawmaker to enter treatment ‘to address any possible alcohol issues’ following weekend crash’: PennLive reports that “Pa. state Rep. Matt Dowling released a statement Tuesday saying he would be entering treatment after being involved in a crash over the weekend that state police are investigating as a possible case of DUI.”

‘Pa. House panel approves funding scheme to pay for cleaning up abandoned wells’: The Pennsylvania Capital-Star reports that “voting largely along party lines Tuesday, the House Environmental Resources and Energy Committee reported out bills establishing a scheme to spend up to $400 million in federal money to clean up abandoned oil and gas wells.”

‘Pro-unionization language dropped from Pennsylvania multi-billion dollar Medicaid contracts’: The Center Square reports that “after a months-long controversy over unionization language in Medicaid contracts that sparked a lawsuit, the Pennsylvania Department of Human Services has removed the provision in question, citing concerns about “misinformation” and “confusion.””

‘Pennsylvania Republicans are no closer to re-inspecting Fulton County’s 2020 voting machines’: WITF reports that “the probe has been snared by court challenges, procedural headaches, and funding issues.”

‘Government contracts transparency measure clears Pa. House’: LNP | LancasterOnline reports that “the Pennsylvania House on Tuesday unanimously approved legislation to give the state Treasurer the power to withhold payment on contracts that haven’t been posted on a Treasury website for public viewing.”

‘Pennsylvania math test scores are abysmal. A new approach developed by an Easton man could boost them’: The Allentown Morning Call reports that “over half of Pennsylvania’s 8th-grade students scored in the worst of all four categories on the standardized test in math during 2021. A new program created by an Easton man seeks to boost the scores.”

‘Confiscate illegally operated ATVs and dirt bikes? Pa. bill would allow cities — including Allentown — to seize them as contraband’: The Allentown Morning Call reports that “a bill advancing in the state Senate would let police in many municipalities, including Allentown, confiscate illegally operated ATV’s and dirt bikes to help stop swarms of those vehicles from scaring motorists and ignoring traffic laws.”

‘Successful write-in candidates to challenge for 6 Pittsburgh-area state House seats in November’: The Pittsburgh Post-Gazette reports that “mounting successful write-in bids were Republican Matt Kruth in the 20th District, Democrat Alison Duncan in the 28th, Democrat Richard Self in the 39th, Democrat Sharon Guidi in the 40th, Republican Patricia Tylka in the 42nd and Democrat Debra Turici in the 44th, according to official county tallies.”