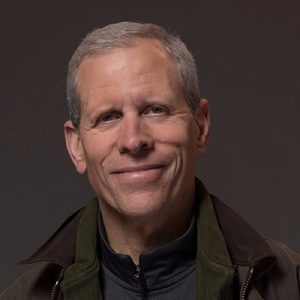 “Scott Wagner has set the record for the lowest political attack ever,” the ad’s voiceover says.

The ad points to comments Wagner made on WHTM’s Sunday show This Week in Pennsylvania earlier this year when he said Mango “went to West Point. He got a free education.”

Wagner continued to say “[Mango] will be quick to tell people that he has an MBA from Harvard. That means he supposedly is smarter than others.” 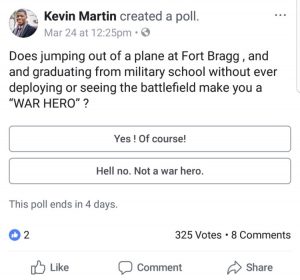 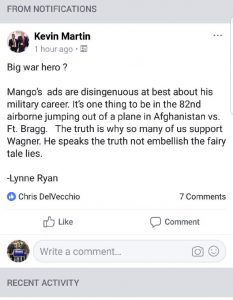 “Attacking a Veteran who puts his life on the line for his country shows Wagner lacks character,” Allyn said.

Wagner’s campaign questioned the use of Martin’s comments, comparing it to comments made by Carla D’Addesi on a controversial podcast.  D’Addesi described herself as the faith-and-family-coalition leader of the Mango campaign to the Pittsburgh City Paper.

“Rachel Levine used to be Richard Levine.  And just take a look at the person — I mean, you would be really frightened if this person was in the bathroom with your little girl because she looks like a man. I always say to my husband, ‘I adore you, I think you’re really handsome, but if you were in the bathroom with me with a skirt and lipstick, I would scream bloody murder, I would be frightened,’” D’Addesi said according to the City Paper.

Mango’s campaign spokesman Matt Beynon told the City Paper that D’Addesi was not “a surrogate nor speaking on behalf of the Mango Campaign during her recent appearance with Rev. Moon.”

“Paul Mango believes that all Pennsylvanians should be treated with respect and dignity; however, he does oppose Scott Wagner’s bathroom bill because it infringes on individual privacy, personal security, and religious liberty,” Beynon said.

The ad continues the back and forth between Mango and Wagner attacking each other for not being a true conservative ahead of the May 15th primary election.  The back and forth has included an ad attacking Wagner’s history and the state GOP Chair calling the attack “over the top.”

The ad is running on multiple media markets on conservative news talk radio.  You can listen to the ad below.