Mastriano Tests Positive for COVID-19 at Meeting With Trump 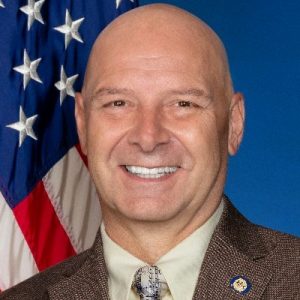 A Senator who became a face of the opposition to coronavirus restrictions in Pennsylvania has been diagnosed with COVID-19.

State Sen. Doug Mastriano (R-Adams) tested positive during a meeting with President Trump, according to the AP.

According to the AP, a spokesperson for the Senate Republicans declined to comment on the report of Mastriano’s positive result, describing it as a “personnel matter.”

Mastriano has emerged as one of the names being speculated to launch a bid for Governor in 2022.

Mastriano is reportedly the seventh member of the Pennsylvania General Assembly to test positive for COVID-19.