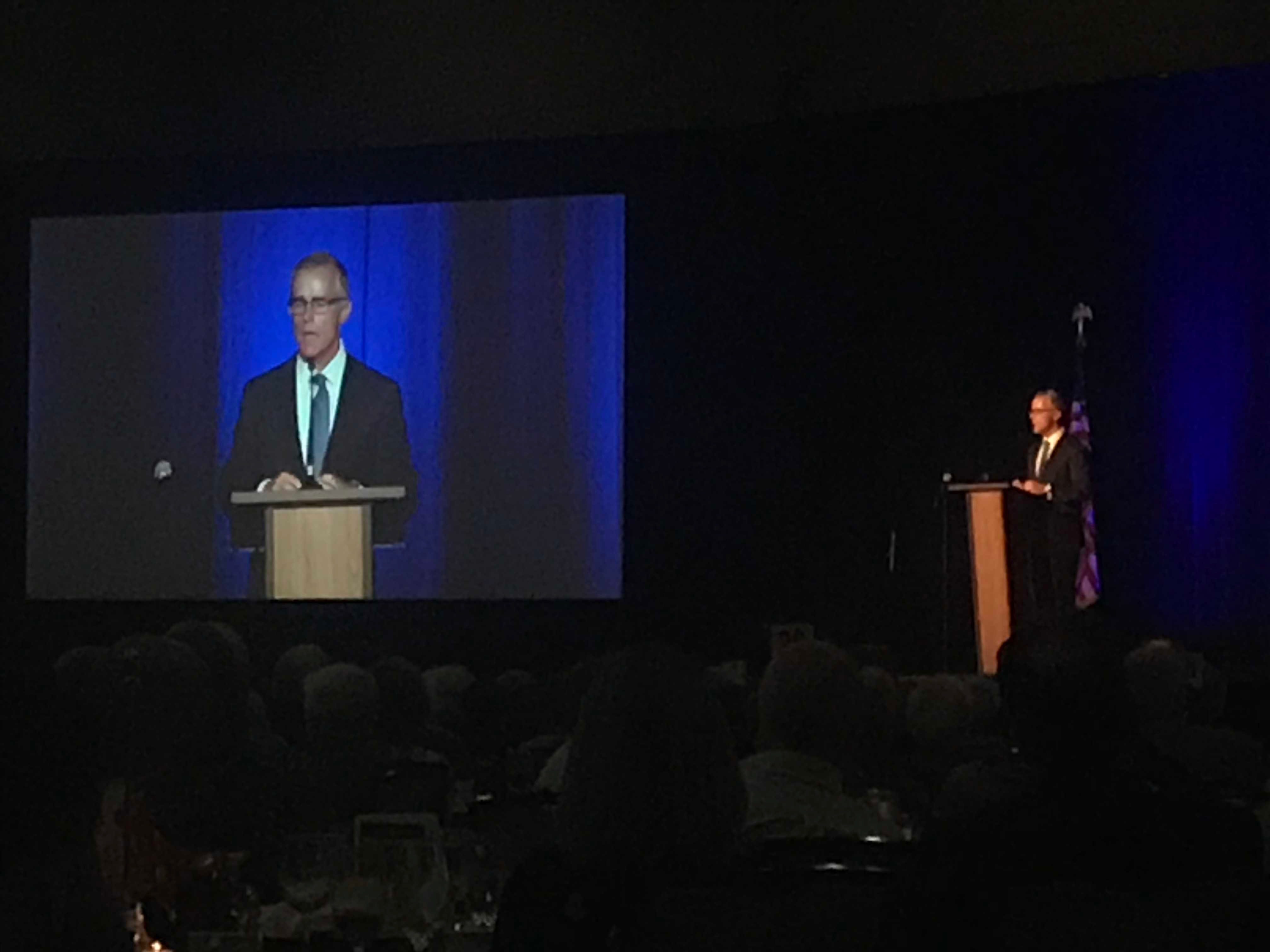 LANCASTER- While the New York Times reports that the Justice Department “appears to be in the final stages” of deciding whether or not to seek an indictment of former FBI Director Andrew McCabe, he spent Saturday night detailing his career in law enforcement and his various interactions with President Donald Trump at the Lancaster County Democratic Committee’s Fall Banquet.

McCabe, who was fired from the FBI in March 2018 after then-Attorney General Jeff Sessions accepted an internal FBI recommendation that “concluded that Mr. McCabe had made an unauthorized disclosure to the news media and lacked candor − including under oath − on multiple occasions,” according to NPR, did not delve into much detail about the indictment threats although referenced the allegations by using a quote from Mark Twain.

“I’m proud to say that to quote Samuel Clemens, the rumors of my indictment are greatly exaggerated,” McCabe said.

McCabe sued the Trump administration over the firing last month for what the complaint alleges “Trump’s unconstitutional plan and scheme to discredit and remove DOJ and FBI employees who were deemed to be his partisan opponents because they were not politically loyal to him.”

Instead, McCabe spent over 45 minutes talking about what drove him to pursue a career in the FBI, his new book, “The Threat: How the FBI Protects America in the Age of Terror and Trump,” and included specific interactions he had with Trump.

He went into detail about speaking with Trump on May 9, 2017, the day that FBI Director Jim Comey was fired. After Trump fired Comey, McCabe said he “quickly got his loyalty test” and was asked if he was one of the members of the FBI who didn’t agree with Comey’s handling of the Hillary Clinton email case. He told Trump that he was apart of the decisions that Comey made in regards to that case “for better or for worse.”

McCabe said in the days after Comey’s firing that he had “several strange interactions” with Trump and specifically cited the President asking about his wife’s previous unsuccessful run for office in Virginia, but remained his focus on serving as Deputy Director of the FBI.

McCabe spent a great deal of time lauding the work that the FBI does and offered praise for former Special Counsel Robert Mueller, who Trump often criticized during the recent investigation into whether or not Russian collusion happened with Trump’s campaign.

“Director Mueller is the guy you heard about,” McCabe said. “He is an investigator at heart, he taught me about having high standards.”

During a Q&A after his speech, McCabe also addressed the recent reported phone conversation that Trump held with Ukranian President Volodymyr Zelenskiy urging him to look into Biden’s son’s business dealings in the country. Trump fired off a tweet on Friday morning, rejecting the notion that he did anything wrong and that the “Radical Left Democrats and their Fake News Media partners …are at it again!” and that “there was nothing said wrong, it was pitch perfect!”

McCabe said that if the report is true, it is impeachable conduct.

“If true…. To me it’s just an abuse of power on a scale that we’ve never seen before,” McCabe said.

Some of the moments during his career he talked about pre-Trump included the first assignment he had as an agent in New York City involving Russian organized crime in the city to the FBI’s response of the attacks on Sept. 11, 2001.

The initial announcement of McCabe’s address to the Lancaster County Democratic Committee garnered national attention and a war of words between local Democrats and Republicans. Lancaster County Republican Committee Chair Kirk Radanovic told PoliticsPA prior to the event that McCabe “betrayed the FBI” and that he “feels sorry for a party who holds up such a man as their hero.” Lancaster County Democratic Party Chair JoAnn Hentz, welcomed McCabe to the event by saying that the former FBI Deputy Director “devoted his career to the safety and security of the nation” and was an important voice to speak “on the timely and critically important issues of national security, specifically cyber security.” 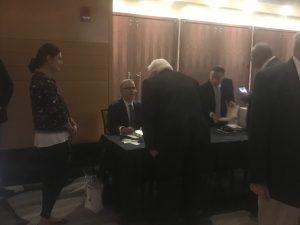 At the conclusion of the address, Hentz said thanked McCabe for addressing the local party for the evening by saying that there was “excitement in the room” about his career.

“They wanted to hear from him, they wanted to know his experience, they appreciated his service, his message of service,” Hentz said. “…But as you can hear, people were supportive of the time and the genuineness that he brought. We were very pleased with the evening.”

At the conclusion of the speaking event, McCabe signed copies of his new book.