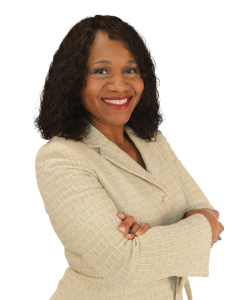 Amanda Green-Hawkins, a lawyer and former Allegheny County Councilwoman, announced her intentions for the State Superior Court in the Democratic primary.

“Early in my legal career, after clerking for a Superior Court judge, I had a choice- go to work with a private firm and make lots of money or fight for working families, the underprivileged and civil rights- I chose fighting for working families and civil rights,” Green-Hawkins said in a statement. “My passion for the law and public service are powering my drive for this important statewide seat.”

Green-Hawkins served two terms on the Allegheny County Council, plus was one of the 19 superdelegates from Pennsylvania in 2016 and served as a DNC committeewoman during the Obama administration. Her campaign release also added that she provides volunteer services to the Women’s Law Project, New Voices PA, and serves as an election protection advisor in Allegheny County.

Green-Hawkins has received the endorsements of the Steel City Stonewall Democrats, Lancaster County Democratic Committee and the United Steelworkers thus far in the campaign.

Her campaign chaired by Leo Gerard, the International President of USW, co-chaired by Fred Redmond, International VP (Human Affairs) of USW. Auditor General Eugene DePasquale is serving as the finance chair for her campaign.

The state Democratic party will endorse two candidates next weekend at the party’s winter meeting.

All seven candidates are fighting for the two open Superior Court seats.