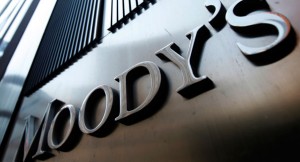 Credit rating agency Moody’s decided to downgrade Pennsylvania’s rating from Aa2 to Aa3 on its $11.1 billion in general obligation bonds.

A statement from Moody’s explains why the downgrade was necessary: “The downgrade of the general obligation rating to Aa3 reflects the commonwealth’s growing structural imbalance, exacerbated by the fiscal 2015 enacted budget that depends on non-recurring resources; a weak GAAP [generally accepted accounting principles] balance position that will further deteriorate based on the budget’s one-time measures; and the expectation that large and growing pension liabilities coupled with modest economic growth will limit Pennsylvania’s ability to regain structural balance in the near term.”

“It’s clear that this pension crisis has put severe strain on Pennsylvania’s finances,” Corbett said. “As families struggle with skyrocketing property taxes, pension costs are consuming more than 60 cents of every new dollar of state general fund revenues. Doing nothing is not an option and doing nothing fails our families.”

Not surprisingly, the downgrade has turned into a political ‘blame game,’ with Gov. Corbett blaming the lack of pension reform and Democrats condemning Corbett’s leadership.

“Moody’s has cited the Commonwealth’s growing pension liabilities as a primary reason for downgrading Pennsylvania’s credit rating despite millionaire Secretary Tom Wolf’s repeated denial of a pension crisis,” Chris Pack, communications director for the Corbett-Cawley Campaign said. “It is a true shame that despite all of the evidence of our state’s pension crisis that Secretary Tom Wolf continues to deny there is a problem at all. It is time for Secretary Tom Wolf to stop denying our state’s pension crisis for his selfish political reasons and instead encourage his Democratic cohorts to do what is right for the 12.7 million residents of Pennsylvania and not just what is best for the Harrisburg special interests.”

House Minority Leader Frank Dermody (D-Allegheny) countered, “He had four years to try to do things right, but all he did was put our state in a more precarious financial position. The governor’s near-total reliance on one-time, non-recurring revenue to ‘balance’ this year’s budget was transparently political, and Moody’s called him out on it.”

Republicans stood behind Corbett, claiming that pension reform is the reason why Moody’s decided to downgrade the commonwealth.

“In signing four balanced budgets, the governor has closed a $4 billion budget deficit while refusing to raise taxes on Pennsylvania families,” State Budget Secretary Charles Zogby said. “The bottom line is that structural deficiencies threaten the long-term stability and sustainability of our public pension systems, putting Pennsylvania taxpayers and the public school employees’ futures at risk. The time for pension reform is now.”

The downgrade from Aa2 to Aa3 may make it harder for the state to borrow money in the future, though Moody’s views Pennsylvania’s outlook as “stable.” What may be more important for our elected officials is who gets stuck with the blame for Pennsylvania’s financial issues heading into the election in November.