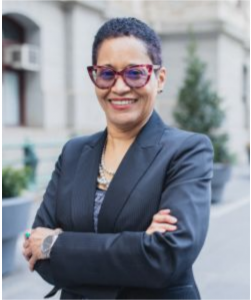 A second candidate has entered the 2021 Democratic race for Pennsylvania’s Supreme Court.

Pennsylvania Superior Court Judge Carolyn Nichols has announced her candidacy for the Democratic Party’s nomination for the state’s Supreme Court.

“I am honored to be now where my dad could not be in his time,” Nichols said in a release.

Her father, Edward K. Nichols, Jr., was a Tuskegee Airman who started his legal career in the Philadelphia District Attorneys’ Office when Black Assistant District Attorneys could not practice in Common Pleas Court and were limited to Municipal Court, according to a release from the campaign.

“I learned his values of integrity, hard work, and the commitment to the Rule of Law to help everyday people,” Nichols continued. “These are principles I am committed to implement as a Jurist to ensure procedural justice in our court system and equal justice for all as a reality.”

In 2017, Nichols was elected to serve on the state’s Superior Court.

Prior to being elected to the state’s Superior Court, Nichols served as a Judge on Philadelphia’s Court of Common Pleas from 2011-2017, where she conducted hundreds of jury trials and proceedings in the criminal division with equal justice protecting the rights of the accused and crime victims.

The release about her candidacy continues to say that Nichols has “worked to reduce recidivism and to improve positive reentry for returning citizens,” is “committed to ending the school to prison pipeline for our youth “and that she “has fought for gender and racial equality” throughout her entire career, while adding that he’s received several awards for her work fighting for social justice.

“It is critical that Pennsylvania’s highest court holds this country to its promise of making equal justice for all a reality,” Nichols said.

If elected, Nichols would be the first Black woman elected to the state’s Supreme Court.

Nichols is the second Democrat to formally announce a bid for the statewide position. Maria McLaughlin, also a Pennsylvania Superior Court Judge, announced her candidacy for the state’s Supreme Court in December.

There is one open seat on the court for the upcoming election. One term on the Pennsylvania’s Supreme Court is 10 years.