Oz’s Strategy to Win Over PA Dems: Trump Who? 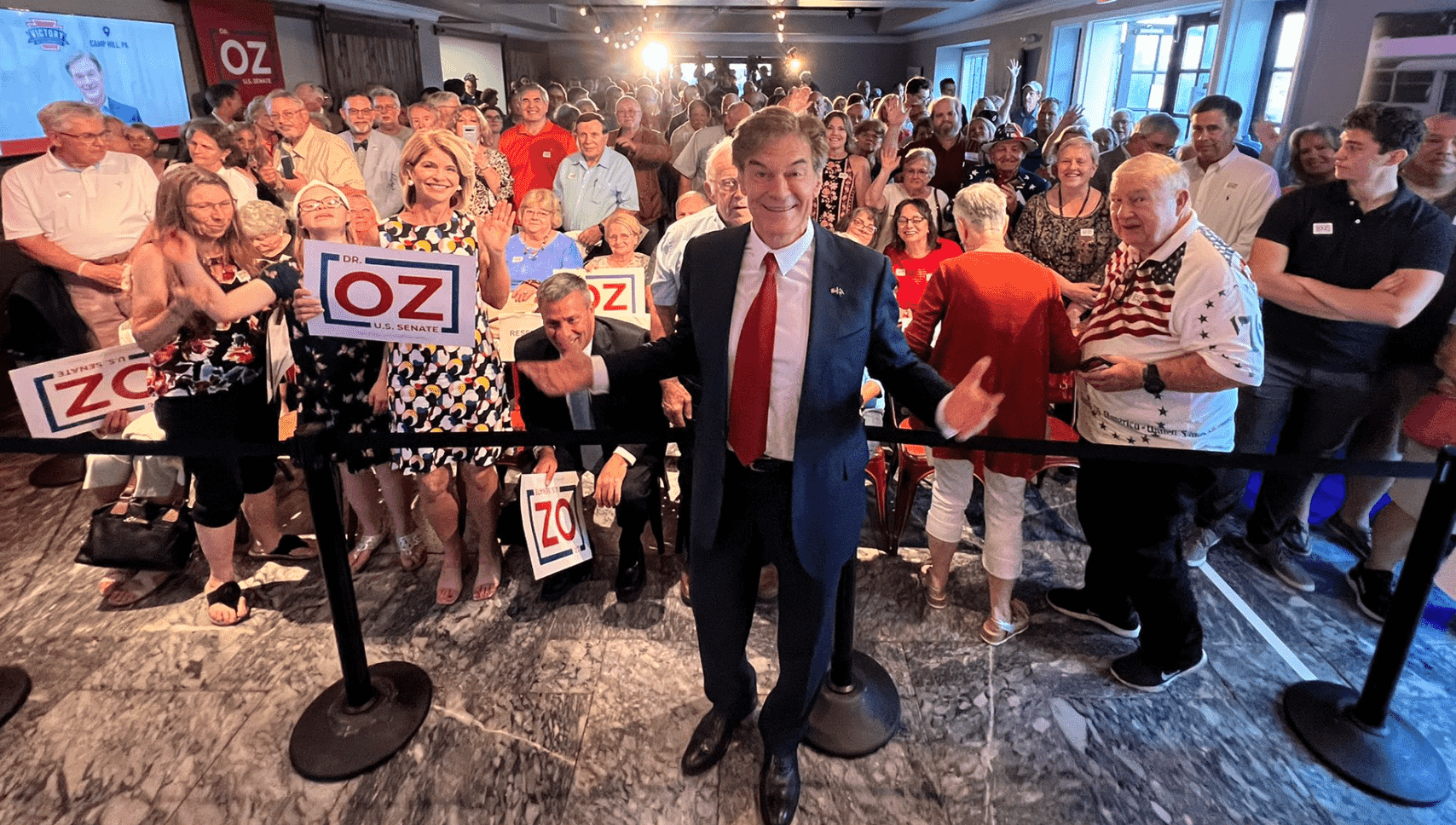 After a lackluster second-quarter fundraising season, the spotlight has been placed squarely on the campaign fortunes of Republican candidate for U.S. Senate Mehmet Oz.

As his Democratic opponent John Fetterman continually takes swipes at the celebrity doctor about his New Jersey roots, Oz appears to be in the process of remaking his political image.

In the final days of the GOP primary in May, he was constantly reminding voters that HE was the endorsed candidate by former President Donald Trump and not any of the other challengers. After winning the nomination in a recounted vote, Oz tacked to the left, scrubbing his website of most, if not all, mention of the 45th president and his endorsement from the main page.

“The endorsement is the first endorsement listed on our website and we changed the banner to thank Pennsylvanians after the recount was completed,” said Oz spokesperson Brittany Yanick.

One could almost say that he is distancing himself from Trump in a rebrand that he hopes could be attractive to Keystone State Democrats and independents.

Vanity Fair reviewed more than a dozen radio, TV, and public appearances that Oz has conducted since securing the nomination and he appears to have only mentioned Trump when directly asked about him, opting instead to stick to talking points on uniting Americans and solving the current energy and economic crises.

“If you’re culturally a Democrat, God bless you, I’m with you,” he told Fox Business host Maria Bartiromo. “Come across, join us, we’ve got a big message and a big tent.”

Pennsylvania might be the biggest prize to both parties in the race to control the U.S. Senate in the next session of Congress. The Commonwealth is purple in most senses of the word and swing voters are vital to most campaigns. So the shift to draw the attentions of voters who may consider a split ticket, for example, has its appeal. Yet …

“I understand why Oz is doing it, but you can’t put the genie back in the bottle – he’s known as Trump’s candidate even among casual voters,” said Mike Mikus, a Democratic strategist based in Western Pennsylvania. “But he’s playing with fire. To say that Donald Trump demands absolute loyalty is an understatement, and this actually has the potential to turn Trump against him.”

What does the Trump “stamp of approval” mean at this stage, though?

“Donald Trump is disconnected from the base. … It’s time for those of us in the movement to get back to basics, back to our first principles. … We were here long before President Trump came along, and we’re going to be here long afterward,” said Amy Kremer, chair of Women for America First.

The timetable for the reset and rebrand has some die-hard Republicans scratching their heads.

“I don’t have much confidence in their campaign,” Arnie McClure, chair of the Huntingdon County Republican Party, told POLITICO. He said he’s been in contact with Oz’s team but hasn’t received answers to multiple queries.

“[Oz] came in a distant third in my county, so I called them up and said, ‘You need to talk to our people to change their mind and our mind and I’ll help you do that.’ And I don’t even hear back. What the hell?”

A Pennsylvania Republican operative who requested anonymity to speak frankly argued that Oz should be on television now: “It’s not complicated. … Drive up Fetterman’s negatives and bolster your positives.”

“Oz has some hurdles to overcome, and my desire as a Republican is to see the Republican Party strong,” conservative commentator Kathy Barnette told POLITICO. “But I think there are reasons why over 70 percent of those in Pennsylvania did not vote for Oz, and I believe he needs to work and figure that out.”