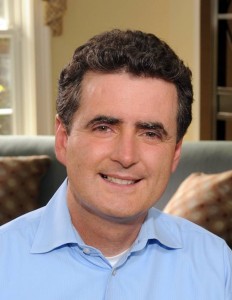 Rep. Mike Fitzpatrick (R-Bucks) is considered the most vulnerable congressional incumbent in PA, which means his fundraising success will be vital to his political future. By that measurement, the Congressman is right on track.

Fitzpatrick far outpaced his opponents by raising $341,078 during the period from October 1 to December 31. While this was significantly less than the $462K the Congressman raised in the previous quarter, his campaign is still on a healthy pace.

One of the burden’s of having such a large campaign apparatus, however, is that they don’t come cheap. For example, Fitzpatrick’s campaign spent the most, $119,087, over this time period. Over $78,000 that money went to The Theodore Company.

Fitzpatrick’s biggest strength, though, is his cash on hand advantage. The Congressman has $1,276,462 right now, which as has been noted, is the most he has ever carried into an election year.

Meanwhile, Democratic candidate and veteran Kevin Strouse raised $200,346, which is a big improvement over his disappointing third quarter when he only brought in just over $151K.

His numbers were buoyed, however, by his own contributions. Strouse donated $50,398 to his own campaign. This can, like everything in political life, be read two ways. Opponents will argue it shows he had to give a substantial amount of his own money to stay on pace while defenders will say his financial commitment shows he is all-in to win this race.

Strouse’s report also showcases one of his key strengths, his support from the Democratic establishment. The DCCC, which has been behind the candidate since nearly the beginning, gave $6,000. Additionally, he received $5,000 from the UAW.

Finally, Rep. Jim Clyburn, the third-highest ranking Democrat in the House, gave Strouse $2,000. Given the support he has received from House Minority Whip Steny Hoyer and House Minority Leader Nancy Pelosi, Strouse now has the whole House Democratic leadership lined up behind him.

Businesswoman and Democratic candidate Shaughnessy Naughton was able to eclipse the critical $100K benchmark for the second straight financial quarter. Naughton brought in $105,836 during the fourth fundraising quarter, which is the most she has raised so far during her candidacy.

Naughton also received $9,325 worth of help from PACs, the most significant of which was a $5,000 donation from the Iron Workers Local 401 who endorsed her last October.

The campaign spent $89,657 during the fourth quarter, a large part of which involved the repayment of a $38,000 loan that Naughton made to the campaign back in June. She still does, however, have another outstanding loan of $54,500 to her campaign that she made in September.

The most distressing fact for the candidate, however, is that she has much less COH than Strouse and over a million less than Fitzpatrick. At the end of the year, the campaign had $177,173 cash on hand. While not a terrible number on its face, that represents an increase of only about $16,000 more than her Q3 COH total.